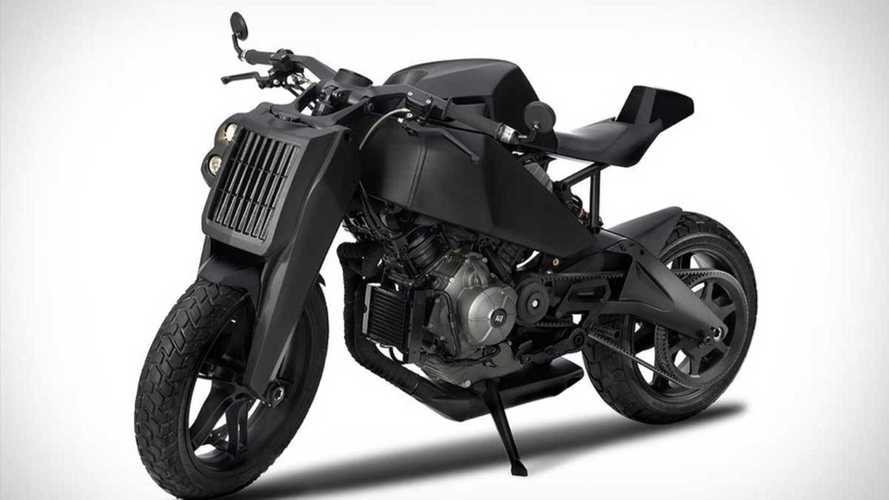 Fancy an exclusive bike made by a renowned firearms manufacturer?

Motorcycles are about the last thing you'd expect from a company specializing in cutting edge polymer and firearms manufacturing. This is why when Magpul Industries announced their motorcycle division, Ronin Motorworks, they made quite a bit of waves in the motorcycle scene. Having released only one model so far, The 47, inspired by Japanese folklore of the 47 Ronin Samurai, it goes without saying that this was an incredibly rare motorcycle.

Limited to just 47 units, The 47 featured unique styling, but was mostly a Buell 1125 powered by a Rotax motor underneath. Having secured the donor bikes in 2009 after Harley-Davidson closed the Buell shop, The 47 was brought to life, and sold out rather quickly. However, if you're thinking that the Ronin Motorworks 47 is already rare in and of itself, then get ready to meet an even rarer machine. Uncrate, a popular men's gear and lifestyle website, sought out a partnership with Ronin Motorworks to produce a duo of bikes designed that would take The 47's exclusivity to the next level.

The two bikes featured Uncrate's hipster styling sporting an all-black color scheme. By black, I mean everything that could be painted black, from the airbox, front and rear suspension components, fork linkages, and subframe, was finished in a stunning satin black. The bike's componentry by way of retro-styled rear sets, tinted tail light lenses, blacked out muffler, and black heat-wrapped headers was also updated to suit Uncrate's style. Topping it all off was a bespoke leather saddle, upholstered in jet black by popular Texan leather craftsman, Clint Wilkinson.

As far as performance is concerned, the 2 bespoke 47s retained the specifications of the other bikes. Featuring a 1,124.9cc Rotax Helicon V-twin, the bike was rather punchy churning out a healtht 146 horsepower. Not to mention the bike was rather lightweight at just 425 lbs, it goes without saying that it packed quite a punch. In fact, when tested, The 47 set a top speed of 160 miles per hour.

The 47 featured uprated engine components from its Buell counterparts, too. For starters, it was equipped with a large radiator to keep temps at bay, something the Buell struggled to do. A linkage fork setup upfront replaced the Buell's conventional inverted setup, providing a dash of futuristic styling. Accentuating the bike's aesthetics is a set of asymmetrical twin stacked headlights, and bespoke adjustable controls.

You would think that owning a bike as rare and exclusive as this would be next to impossible, with all 45 standard Ronins having already been sold. However, Uncrate, depsite already selling one of their bikes, is currently selling their other bespoke Ronin 47 for $46,000. For reference, when first unveiled, the Ronin Motorworks 47 sold for anywhere between $38,000 to $50,000, depending on level of trim options selected by the customer.

Worthy Of A Second Glance:

This Custom Yamaha RD350 Is A Space-Age Cafe Racer