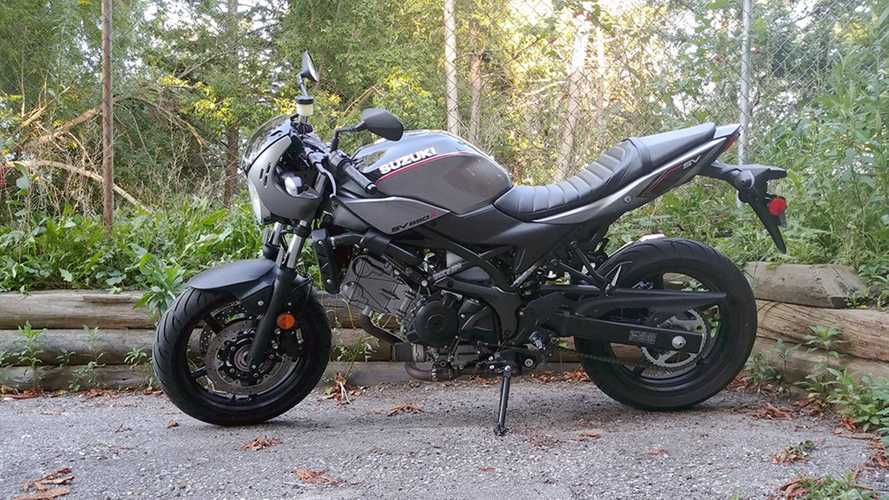 It's written in the papers.

Due to COVID-19, motorcycle manufacturers petitioned to have the Euro 5 deadline extended to allow them more time to pick themselves up financially and finish thoroughly updating their lineup. By the looks of it, the extension wasn't granted which means that all new 2021 bikes will need to be compliant as of January to be allowed on the market.

At this point, most companies were already hard at work trying to figure out how to make their bikes more efficient. This is also a make or break step for some of the more aging models. The Suzuki SV650 was one of the models we were a little concerned about. Despite being a popular model on the market, it had yet to get its update. The wait is over as according to leaked documents, the SV650 and the V-Strom 650 will be back for 2021 armed with the right tools to meet the Euro 5 requirements.

To be fair, we already half-expected the V-Strom 650 to carry over since a BS6-compliant version of the mid-size adventure-sport-tourer was already confirmed for the Indian market. BS6 and Euro 5 regulations are pretty much the same so, the legwork to make the model compliant has already been done.

Is Suzuki Working On An SV650 Replacement With A Parallel-Twin?

Things weren’t so sure for the SV650. The model received important updates in 2017 including a more powerful engine and lighter frame, however, Euro 5-compliant tweaks weren’t part of the 60 or so new bits and pieces the bike received.

It looks like the two bikes will carry over into 2021 mostly unchanged safe for a few engine modifications. According to “homologation documents” cited by both The Bike Social and Moto.it, the V-Strom 650 and SV650 will return for the new year but they will have to sacrifice a few horsepower in the process.

Considering the updated V-Strom should debut before the end of the year, chances are the SV650 will share the spotlight.