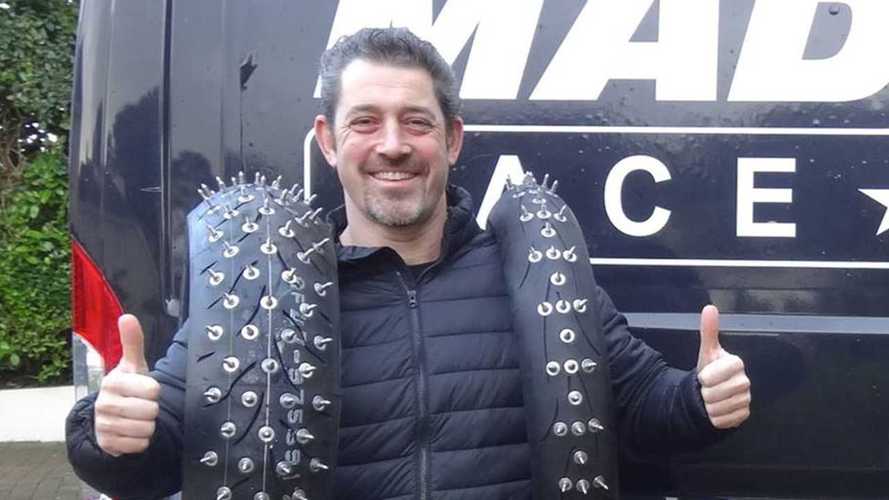 Whether in the saddle of his Hayabusa “Green Meanie”, an electric motorcycle or his bonkers MADMAX C20B turbine bike, and whether on tarmac, sand, or ice—Eisenberg was not one to shy away from a challenge. He and his Madmax Race Team were regularly involved in high-octane events, from stunt demonstrations to FIM-regulated land speed record attempts.

Last year, he made the jump to bike making and made a limited number of his Hayabusa-on-Hayabusa Eisenberg V8 motorcycle available to the public. Yes, it’s road legal and very expensive. According to the company, the 3,000cc beast was expected to produce 420 horsepower—500 if you use race fuel—and pricing should have hovered around the $130,000 mark.

In addition to running the racing team, Eisenberg was also the founder of fitness supplements company Maximuscle, created in 1995, and a notable TV host, including on The Bike Show and Speed Freaks.

The daredevil was attempting to break yet another speed record, this time at the wheel of his 1,200-hp Porsche 911 Turbo S at the Elvington Airfield—the same track he suffered a life-altering crash on back in 2016. According to several sources, emergency services were dispatched to the airfield on October 1 at around 4:30 pm local time following reports of a “serious collision”.

According to the Daily Mail, it seems like Eisenberg lost control of his Porsche and that the car “veered off the runway and flipped” according to a witness.

While the RideApart team never had the chance to get to know him personally, losing a member of the riding family is always a punch in the gut. Our thoughts go out to his family and friends. God speed, Zef.