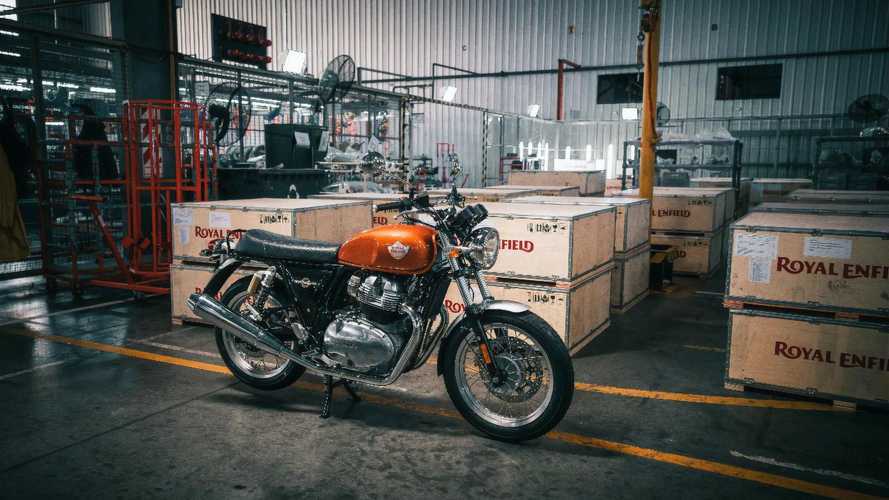 For the first time, it's putting together bikes outside of India.

Royal Enfield is a company that likes to do things a little differently—a fact it’s proving yet again with its latest announcement. For the first time ever, Enfield will manufacture some of its bikes outside of India. Instead of shifting to China or Thailand like many OEMs (Honda, Harley, et al), Enfield instead set its sights on Argentina for its new manufacturing facility.

Enfield is partnering with Grupo Simpa, which has been the company’s local distributor since it started doing business in Argentina in 2018. Simpa Group will assemble three Enfield models at its facilities in Campana, Buenos Aires: the Himalayan, the Continental GT 650, and the Interceptor 650. The reason is simple: Argentina loves its middleweight bikes.

“This launch is a major accomplishment because it is the first time that a motorcycle manufacturer of this size has put its faith in Argentina, " said Alberto Fernández, President of Argentina. "It is quite the feat considering all the challenges of making such a monumental decision during a pandemic, which has made nearly everything difficult."