Aprilia Going After The KTM RC 390 With Rumored Small Bike 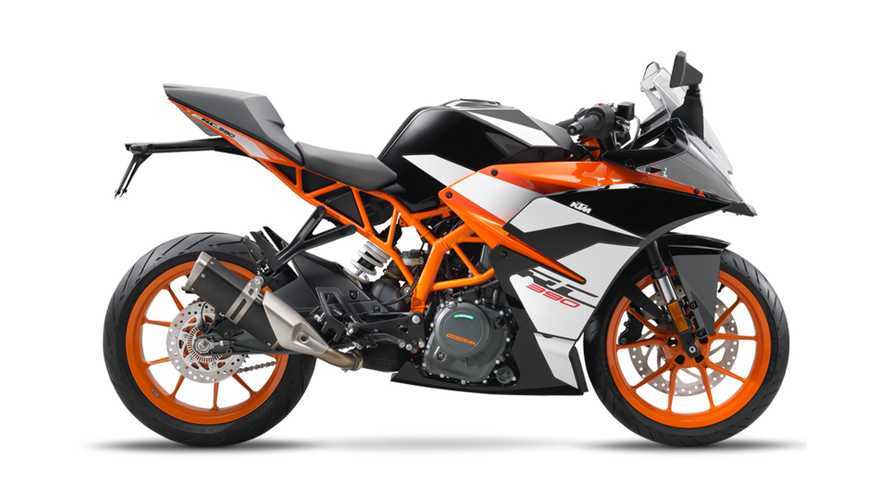 A baby Aprilia in the works?

While the small-displacement segment is well garnished with popular model names such as CBR, Ninja, and YZF rocking the sub-500cc world, there's always room for one more. The more the merrier, they say.

This time, premium Italian firm Aprilia is the one considering throwing its hat in the lightweight sportbike ring.

As reported by ZigWheels, Piaggio India CEO Diego Graffi confirmed that the company is considering launching a small-displacement sportbike during the Vespa Racing Sixties launch event. We’re talking smaller than the highly anticipated RS 660 expected to launch before the end of the year. In fact, there could soon be a 300 or 400cc model added to the brand’s motorcycle lineup.

Aprilia is no stranger to small displacement engines and offers an entire range of entry-level scooters available in global markets. On the motorcycle front, once introduced, the 660 will become Aprilia’s smallest motorcycle yet. The addition of a new 300 model would slot in between the scooters (160 and down) and the bikes (660 and up).

Considering small bikes are thriving, especially in this day and age when people are seeking new, socially distant ways to get around, it would be a smart move for the company. Besides, it would make the Aprilia brand more affordable and accessible (which isn’t a bad thing unless you want to remain in the premium category like some of its competitors).

While Graffi’s statement was a rather broad one without any specifications as to the type of engine and profile the firm is considering, ZigWheels suggests that the potential 300cc model will be available in both fully-faired and naked forms and armed with a single-cylinder block which should make it competitive in the Asian markets.

After all, Graffi used the KTM 390s—RC and Duke—as an example of successful models in the segment. They both use a 373cc, single-cylinder engine and the RC and Duke are pretty much the faired and naked versions of the same bike. Rings a bell?

With the incoming RS and the suspected Tuono 660 that has yet to launch, we don’t expect to see the rumored smaller entry-level Aprilia motorcycle before long. However, it’s kind of exciting to picture a baby Aprilia and how fun it could be.