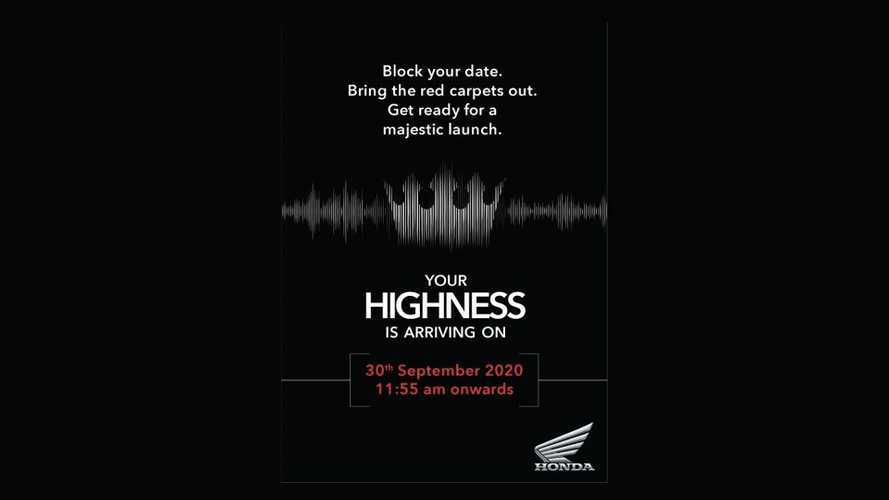 Is this the Royal Enfield fighter?

Honda manifested its intention to go after Royal Enfield’s crown in the neo-vintage segment with the introduction of a new model on the Indian market. After all, Enfield is pretty much the one to beat in all things classic and affordable(ish).

That was only a few weeks ago. It wasn’t just big talk from Honda; it looks like the Japanese giant wasted no time taking action—or so it seems. Indian media outlets received a special invitation to attend the online launch of a new model on September 30.

We don’t know much about said new Honda at the moment. Considering the manufacturer previously stated it wanted to step on RE’s toes, we can assume this will be the bike to do it. We’re minimally hoping for something that takes things a step further down memory lane than the Neo-Sport Café design language. You can’t claim to want to go after Enfield with anything remotely modern.

Because Enfield’s biggest sellers in India are in the 350cc range, the new Honda’s displacement is also expected to range between 300 and 400cc. Now, will Honda use an entirely new platform or base the new bike on an existing chassis instead? That’s the part that remains muggy.

In The Wonderful World Of Honda:

Some outlets suggest the bike could be a Rebel-spin off or even the Rebel 300 itself. Considering the bike is already in production and pretty much ready to go, it would make sense. The only problem is that it lacks Royal Enfield’s vintage appeal. We’re not marketing experts but we don’t think the Rebel steps on Enfield’s turf.

That being said, there’s also the possibility that the bike scheduled to launch on September 30 will be something else entirely. Interestingly, the invitation teases a “majestic launch” and announces “your highness’s” impending arrival. That sounds aggressively premium (and pompous) which isn’t consistent with an Enfield competitor considering the Indian brand banks on affordability.

Then again, it might not be as literal as we think it is. It could simply be a play on the whole “Royal” affair and a cocky way to announce that this new model will take Enfield’s crown. So many questions, very few answers. Unless there’s a leak to give us a hint until then, we’ll find out what this is all about on the 30th.