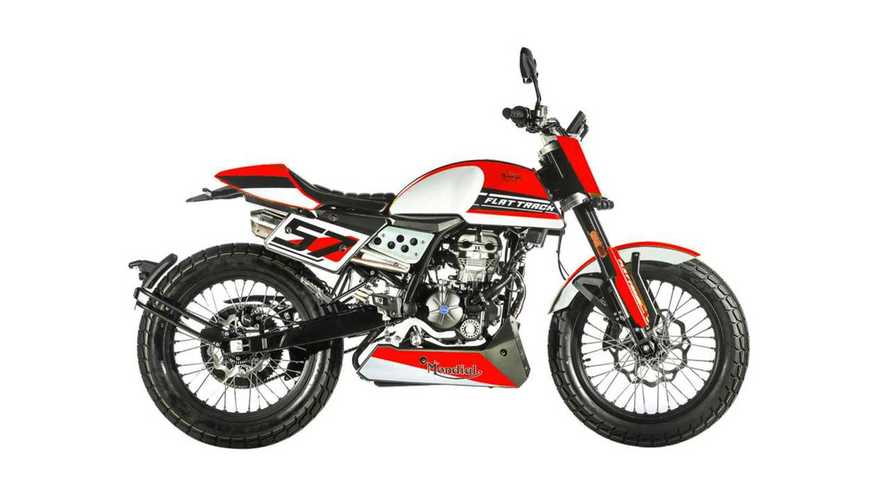 Flat track racing is synonymous with America. From legends like King Kenny to hotshots of the sport today, the dirt oval frequently produces America's greatest racers. However, the recent boom in flat track popularity is felt on a global scale. Whether it’s Husqvarna’s flat track-inspired Svartpilen range or Royal Enfield’s Slide School, the sport’s influence goes well beyond America’s borders. Now, another brand is crashing the party with the arrival of the updated FB Mondial Flat Track 125.

Resurrected in 2014, FB Mondial specializes in small-capacity motorcycles with retro styling. The revived Italian brand has been hip to the flat track style for years now, unveiling the original FLAT design at EICMA 2018. With EURO 5 emissions standards in place, FB Mondial aimed to release its new Flat Track 125 earlier this year, but due to delays caused by COVID-19, the company just launched the revamped model.

Though the Flat Track 125 motor underwent numerous changes to meet new emissions regulations, the little thumper still pumps out 13.6 horsepower and 7.7 lb-ft of torque. Along with the reworked engine, FB Mondial added a TFT dash, improved ergonomics, and a new plate hanger. The 19-inch wheelset, high-mounted dual exhaust, and raised ground clearance return to legitimize the little 125 as a flat track-inspired machine.

FB Mondial leans on classic styling for its entire range and the Flat Track 125 is no different. Drawing on its racing heritage, the brand stamps the number 57 on the Flat Track’s race plate, calling back to the year the manufacturer captured four world titles. Most homologated dual sport and flat track-inspired models ditch the race plate in favor of a large headlight, but FB Mondial finds a way for both to coexist with two LED headlights mounted just below the triple trees.

While the bike weighs in at only 293 pounds, the featherweight takes on some extra poundage when the 2.5-gallon tank is full. Even with the budget-minded approach, FB Mondial outfits the Flat Track 125 with an inverted fork, a monoshock, and a radial-mounted four-pot front brake caliper.

The tiny flat track model retails for €4,485 ($5,323 USD) and competes with the likes of Kawasaki’s Z125 and Yamaha’s MT-125. Yes, flat track is an American pastime, but FB Mondial proves that a little European flair never hurts.