Weekend WTF: 260k People Did Not Catch COVID At Sturgis 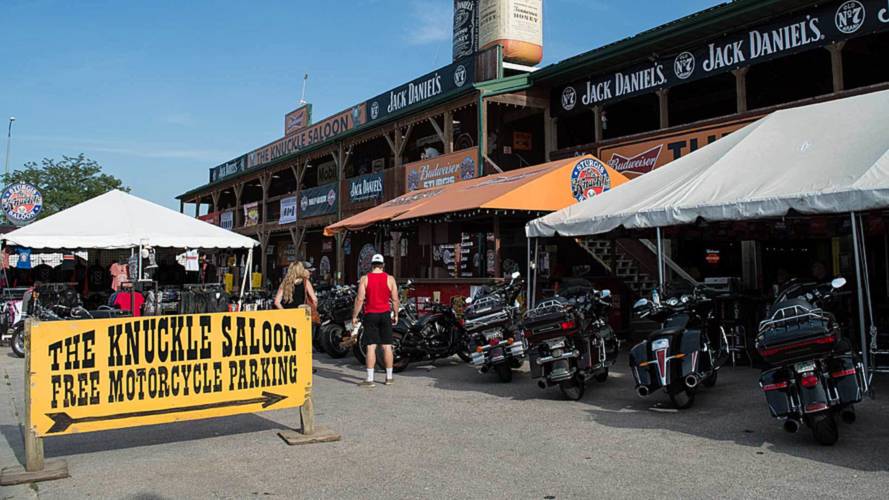 Some media outlets are reporting educated speculation as fact.

Earlier this week, we, along with numerous other media outlets, reported on a study by the Center for Health Economics and Policy Studies at San Diego State University estimating that as many as 260,000 people could have caught COVID-19 as a result of the Sturgis Motorcycle Rally. The operative word here is "could." Unfortunately, some outlets are reporting this educated speculation as fact.

"The Sturgis Motorcycle Rally in South Dakota has been linked to more than 260,000 coronavirus cases in the U.S., according to a recent study by a group of economists," writes Newsweek. "Nineteen percent of the 1.4 million new coronavirus cases in the U.S. between Aug. 2 and Sept. 2 can be traced back to the Sturgis Motorcycle Rally held in South Dakota," says Fox News. "‘Worst case scenarios’ at Sturgis rally could link event to 266,000 coronavirus cases," says a Washington Post headline. This sounds like a completely doomsday scenario.

Certainly, Sturgis contributed to the spread of COVID-19. It is difficult to find any documented numbers since the internet lit on fire with this study, but as of September 2, 2020, the Associated Press reported 290 cases across 12 states directly linked to Sturgis, as well as one death. These facts are not in dispute. In fact, we told you so.

How do 290 cases suddenly become 260,000? Simple—they don't. The 290 figure is the number of cases that have been absolutely, positively tied to people who attended Sturgis. With a complete lack of contact tracing in the US, there is no way to track asymptomatic carriers, who came into contact with them back home, and who caught the virus because of someone who attended Sturgis, or through contact with someone who knows someone who went to Sturgis. Certainly more than 290 people in the country were affected.

The 260,000 figure is not based on confirmed diagnoses and contact tracing. Researchers based this on a statistical analysis of several types of data. You don't have to take my word for it. You can read the study yourself. They analyzed anonymized cell phone data that tracked people's movements to and from Sturgis. They used the CDC's numbers for infections in Meade county (home of Sturgis) and other counties around the country where people traveled. Add a little mathematical wizardry, and they come up with 260,000 potential cases nationwide that could be traced back to Sturgis—at least if such tracing was possible.

Of course, South Dakota Governor Kristi Noem spoke out against the study, calling it "fiction" according to USA Today. Her stance has been fairly consistent that COVID-19 is not a big deal, and the predictions of gloom and doom in relation to Sturgis are simply untrue. She's not the only one disputing this study, however. Slate shot a number of holes in the methodology. Some counties have many of the types of bikers who go to rallies, while others do not. It is unfair to compare them equally. Such bikers who live closer to Sturgis are more likely to go than those from farther away, something the study does not take into account.

Even Johns Hopkins University has weighed in critically on this study, according to CBS News. The study did not compare geographic areas that were hit by coronavirus infections from Sturgis with other nearby areas. Protective measures against COVID-19, both mandated and voluntary, vary widely across the country. Numbers from an area with relatively few cases, like Maine, can not be directly compared to a hot spot like Texas. Additionally, the risks associated with attending Sturgis might have caused more people to get tested for COVID, resulting in more infections being found that would not have been otherwise, particularly in asymptomatic carriers.

As with most arguments, the truth is most likely somewhere in the middle. It would be most accurate to say that at least 290 people have been infected as a result of Sturgis, and that number could become as high as 260,000. There is no way to know for sure given the lack of available data. That is why reporting that 260,000 cases of COVID-19 have been linked to Sturgis is simply not true. Unfortunately, we'll probably never know the true number.

Well, Which Is It: