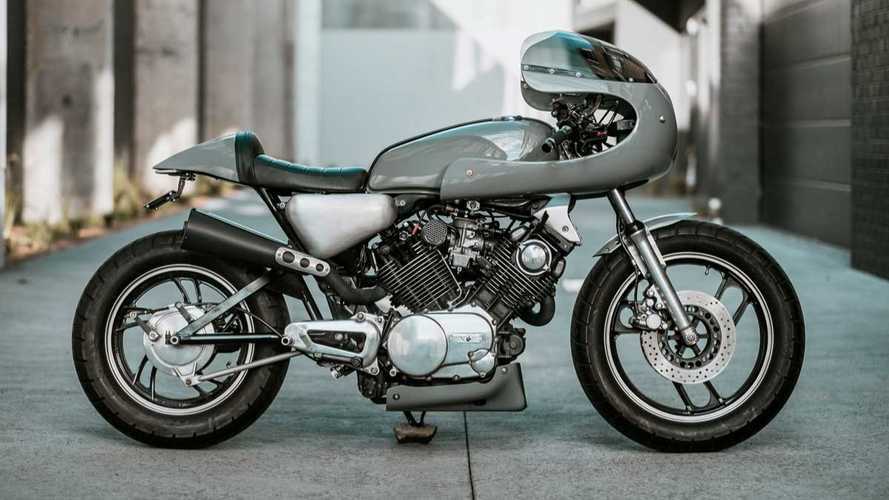 At first glance, you wouldn't think this bike was once a cruiser.

Perhaps one of the most captivating things about the custom bike scene is the fact that you can transform any bike into literally anything your imagination can conjure up. Not being the biggest fan of cruisers myself, a Yamaha XV750 Virago is quite possibly the last bike I'd take interest in. Interestingly however, when I came across this build on Return Of The Cafe Racers, I just had to check it out. What started life as a Yamaha XV750 Virago—which, in my eyes, was about the furthest thing from a performance machine—had been transformed into a sleek cafe racer.

Coming to us all the way from Essendon, a suburb in Melbourne, Australia, this custom XV750 Virago cafe racer was built by Michael Capraro. Having quite a collection of custom bikes in his stable, he also owns a Royal Enfield and a Ducati Sport Classic 1000. This particular XV750 serves as the freshest addition to his collection. Having acquired it a couple of years ago, the bike was already slightly modified sporting clip-ons and a cafe racer seat. After riding it that way for some time, Michael decided to give the bike the full blown cafe treatment.

Inspired by the Ducati 900SS, Michael began the transformation of his XV750 by installing a bespoke Ducati 900SS-styled fairing from Airtech Streamlining. The bike'e electrical components were brought into the modern age by way of a suite of Motogadget accessories. LED lights adorn both the front and rear of the bike, to emphasize its neo-retro styling. This build also features quite a lot of aluminum custom fabricated parts from Krank Engineering, chief of which would be crank side covers, left raw to emphasize the bike's bespoke nature. To top it all off, the bike was finished in an undeniably tasteful hue of Nardo gray, drawing inspiration from Audi's premium look and feel.