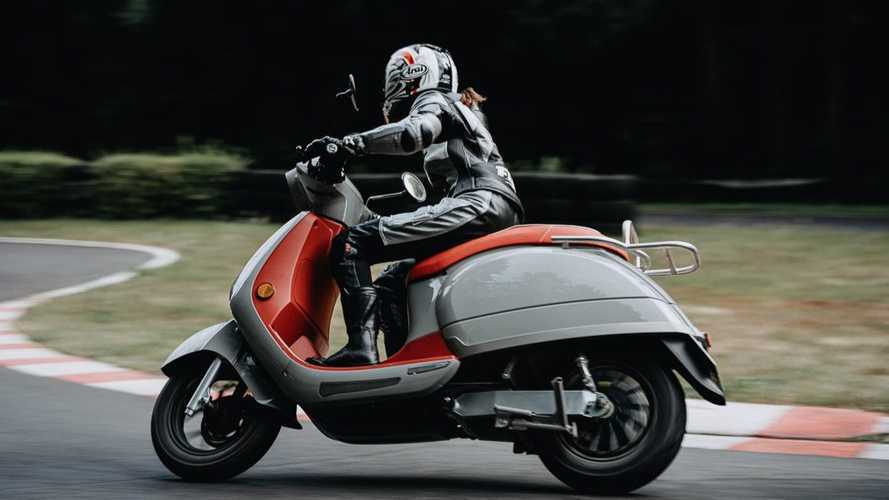 Electric scooters have become widely accepted as a means for personal mobility. Over the past few years, electric scooters have evolved and developed from seemingly dinky toys with lackluster performance and reliability, to high tech vehicles equipped with a plethora of bells and whistles ranging from Bluetooth pairing to IOT capabilities. Overall performance of electric scooters has greatly improved as well, with new models continuously getting longer range and achieving higher top speeds.

A new player in the electric scooter game has the potential to raise the bar, especially in Europe. Kumpan, an electric scooter manufacturer based out of Germany, previously rolled out the 54 Inspire, an entry level, learner-approved electric scooter capable of a top speed of 28 miles per hour. To add to this scooter's entry level appeal, a motorcycle license isn't required to operate this vehicle, since it qualifies as an L1e electric scooter.

Seeking to elevate their product offerings, Kumpan has released two additional models to occupy the upper echelons of the 54i range of scooters. The new scooters are capable of higher top speeds, and will subsequently require their drivers to have motorcycle licenses. The Kumpan 54 Impulse, the next step up from the aforementioned 54 Inspire, is equipped with a 4 kW motor which churns out 5 horsepower. This gives the 54 Inspire a top speed of 44 miles per hour—adequate for city trips and rides around town.

The range topping 54 Ignite however, packs quite a punch for a scooter of this segment. Not only does it achieve a higher top speed of 62 miles per hour with its 7 kW motor pumping out 9.4 horsepower, it also comes stadard with a combined braking system (CBS) for added safety. To top it all off, the 54 Ignite comes with grippy sport tires, to make for a confidence-inspiring ride.

Husqvarna Will Introduce Electric e-Pilen After The e-Scooter