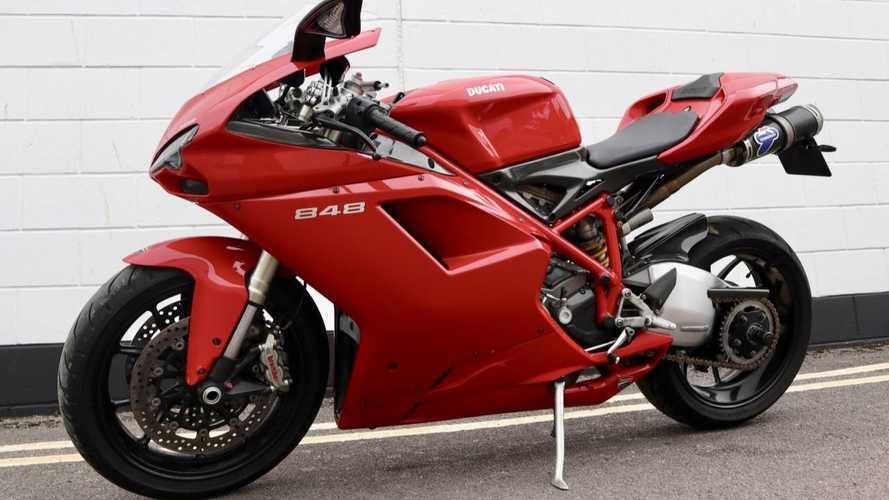 The iconic styling of the 1098 in a more friendly package.

Whenever Ducati releases a new flagship superbike, there comes along with it a baby brother, which, apart from being more affordable, presents itself as a more beginner friendly option, especially for those seeking to develop their skills at the track. Back in 2007, alongside the release of the Ducati 1098, the 848 was born. Bearing the same beautiful styling the 848 had modern and aggressive styling that would carry it into the modern day. This came as a breath of fresh air after the bike's predecessor, the 999, received lackluster reception due to its polarizing looks.

The 848 along with its bigger sibling were designed by Giandrea Fabio, under the tutelage of iconic designer, Pierre Terblanche. Unlike the 999, the 1098 and 848 carried the essence of the 916, which has been described by some as one of the most iconic motorcycles of all time. Apart from the redefined styling, the Ducati 848 featured 848cc desmodromic L-twin. Churning out an impressive 134 horsepower, the bike wasn't as intimidating as the 1098, which boasted a whopping 160 horsepower in its S variant.

Interestingly, the Ducati 848 missed out on Ducati's iconic dry clutch known for its irritating-to-some, but iconic-to-others rattle. Instead, it got a more conventional wet multiplate system for easier use especially for novices. Overall, the Ducati 848 was, and continues to be quite a performer. With its overall package being track ready out of the box, the bike was quite literally a race bike for the street. Weighing in at just 370 lbs dry, the 848 had impeccable handling characteristics, and could reach a top speed of 160 miles per hour.

This particular Ducati 848 was listed on We Sell Classic Bikes. Based out of England, the bike is a 2010 model which appears to be in pristine condition. With just 7,938 miles on the clock, the bike was undoubtedly used sparingly, and it shows. Decked out in a slew of trick carbon fiber accessories, the Termignoni carbon mufflers alone are enough to sweeten the deal even more. Of course, the bike comes with complete papers, hand books, and two sets of keys, and for those of you reading this over in Great Britain, complete MOT and service history. Priced at £6,650, or the equivalent of $8,822 USD, I'd reckon the bike is priced reasonably, with the 848 selling for around $14,000 USD back when it was released in 2008. Not to mention, its present day successor, the Panigale V2, has a retail price of around $16,500 USD.