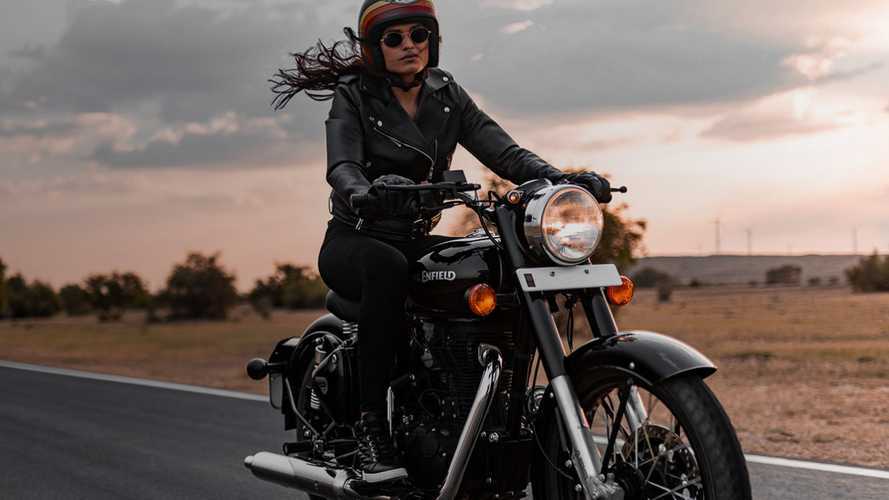 One more piece of this flaming puzzle.

Are you fed up hearing about the Royal Enfield Meteor yet? That’s enough teasing already, right? We’ve been talking about it since March, 2020, which was a full 300 years ago. The bike was initially set to launch in the Summer, but the pandemic and the lockdown seemingly threw a wrench in the manufacturer’s plans. There’s now talk of a late September launch.

Until now, all we knew for sure about the new model is that it will be built on the same platform as the Classic and Bullet 350 and use the same engine. We now learn a bit more about the new bike. A collection of leaked pictures of what looks like a Royal Enfield Meteor brochure was published by Indian publication Rushlane and unveils more information about the bikes to come.

We recently learned that the model will be available in three trim levels: Fireball, Stellar, and Supernova. The leaked document not only confirms the information but also lists some of the accessories each trim will receive. According to the brochure, the Fireball will be the entry-level model and will feature blacked-out components and a turn-by-turn navigation system dubbed Tripper Navigation, followed by the Stellar that will add chrome exhaust and handlebar, and a pillion backrest. The Supernova will act as the lineup’s flagship and will receive such features as a dual-tone paint, machined wheels, a windscreen, and chrome indicators.

In addition to the three versions of the Meteor, several local sources now suggest that the model will launch toward the end of September, sometime between the 25 and 30. One of the leaked pictures shared by Rushlane shows a “Meteor” sign that could potentially be used for a presentation which fuels the rumor of an impending launch—for real this time. Or at least, that’s what we hope for. We’ll believe it when Royal Enfield will release a proper teaser, or the new model altogether.