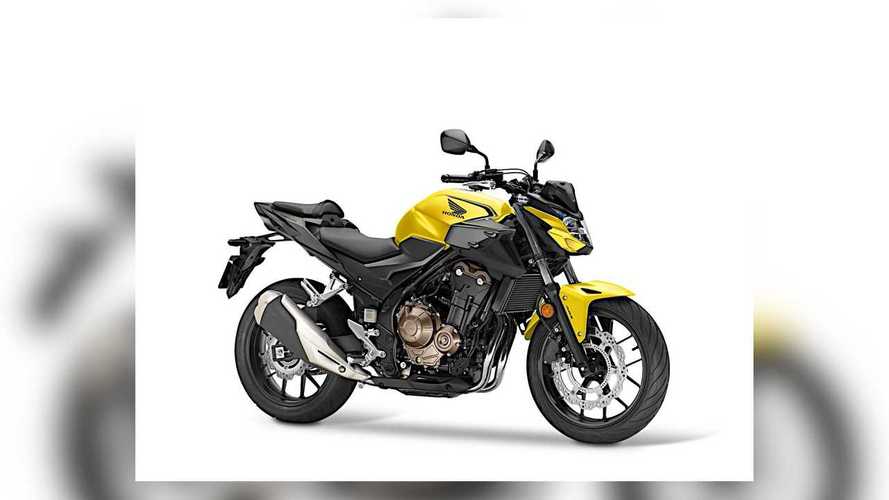 New emissions standards and some new paint for a new year.

With Euro 5 emissions standards going into effect at the beginning of 2021, it’s no surprise that Honda is rolling out its newly-compliant 500 trio updates in September, 2020. Since the trio last had a major update in 2019, it’s also probably not surprising that there aren’t a whole lot of other changes for 2021.

Euro 5 compliance involves further reduction in carbon monoxide emissions over Euro 4, as well as an over 40 percent decrease in hydrocarbon emissions, a particulate matter limit, and more stringent misfire detection. Power output for the Honda 500 trio remains the same, with max power of 35kW (that’s 47 horsepower) at 8,600 rpm to suit A2 license requirements. Nice low-end torque also remains set at 43 Nm (31.7 ft.-lbs) at 6,500 rpm across the board.

The 2021 Honda CB500X gets three new color and graphic schemes for the European market. All three will feature a red rear subframe as a tribute to their bigger, adventurier sibling, the CRF1100L Africa Twin. Colors available will be Grand Prix Red, Matt Gunpowder Black Metallic, and Pearl Metalloid White. It’s unclear at this point how color and graphic choices will differ outside the European market.

Overall, the 2021 Honda CBR500R gets the least visual changes of the bunch, because it gets zero. Colors available for European bikes remain Matt Axis Grey Metallic, Grand Prix Red, or Pearl Metalloid White. That’s good news if you like those colors, but disappointing news if you were hoping for something new and exciting in your 500cc fully-faired pocket rocket.

European Honda fans, what do you think of your new 500 options for 2021? I quite like the Candy Moon Glow Yellow CB500F—at least, in photos. Hopefully other markets will get that color as well.