These Motorcycle Mechanics Make Metal Sculptures Out Of Bike Parts 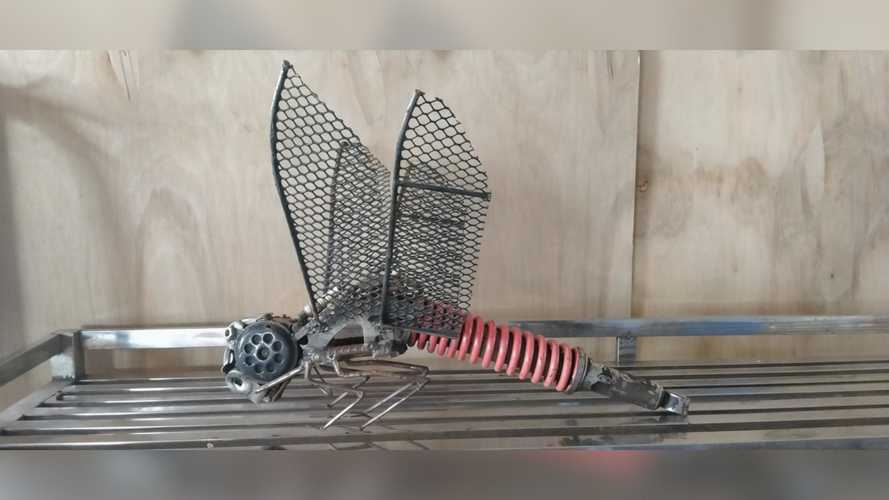 Lots of people are out of work right now, and that means they’re finding new ways to survive. Sometimes, that involves someone taking their skills and applying them in a slightly different way. When a bunch of motorcycle mechanics found themselves out of work in the Phnom Penh, Cambodia, area, a local engine oil distributor who regularly worked with these different shops had a great idea: instead of taking it to the scrapyard, why not make metal art out of all the discarded bike parts sitting in piles in their shops?

It’s a great idea that can help more than just those mechanics, as well. Kang Sothea is the aforementioned oil distributor, and as he told the Phnom Penh Post, “The team of motorcycle repairmen whom I’ve supplied motorcycle engine oil to are losing their income. Less people come for engine oil changes, so they can no longer afford to stock the products I’m selling.”

Since June, 2020, a team of eight motorcycle repair specialists have banded together to form the Silapak Daek OMA collective. They turn discarded bike parts into giant prawns, dragonflies, spiders, grasshoppers, mosquitoes, and other metal-sculpted natural marvels. So far, they’ve concentrated on smaller-scale sculptures, but have plans for larger ones in the future, including a giant robot and also Iron Man. Taking a look at how far they’ve come in such a short time, we have no doubt that they’ll accomplish whatever they set out to build.

All kinds of businesses, from shops to hotels and resorts are potential art-buying customers. Sothea also told the Post that he’s hoping to use some of the mosquitoes as a public service art installation in a local park. Mosquito-borne illnesses are a problem—and Sothea is hopeful that OMA’s art can be part of the solution.

There's Art In Those Parts: