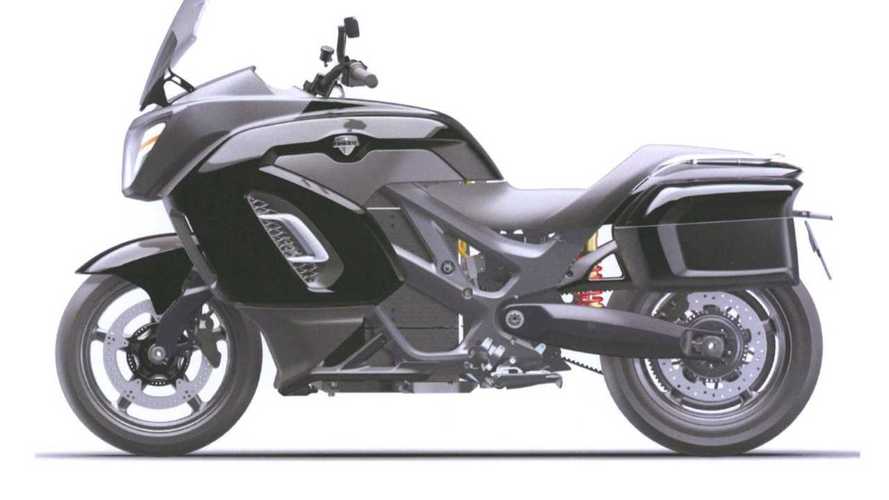 It's being developed as part of Vladimir Putin's fleet of vehicles.

Over the past few years, we've seen electric motorcycles take on various roles ranging from high performance sportbikes to urban runabouts centered towards practicality and affordability. This time, we see electric motorcycles play a role yet again, however, it's in something pretty cool in its own right. Russian president, Vladimir Putin has begun taking steps towards modernizing the Russian government's fleet of vehicles. Starting with the state limousine, van, and the latest armored SUV, the new fleet of vehicles bear the Aurus name, and are proudly manufactured in Russia.

Interestingly, an electric motorcycle under the Aurus name dubbed the Escort is also being designed. Images published in a report from Moto Station show what appears to be a touring motorcycle decked out with a big windscreen and side panniers. We're pretty sure that this electric motorcycle will be used to escort the high ranking official around the country. The fact that the new Escort motorcycles have gone electric is pretty interesting, and could be indicative of Russia's advancements in technology moving forward.

As far as specs are concerned, not much is known about the new Escort. All that was revealed is that the electric motor will be rated for 150 horsepower. All those ponies would then translate to a top speed of 155 miles per hour. We reckon that's quite a lot of power for an escort motorcycle. Does this mean that this bike could trickle down onto Russia's police force as well? I guess we'll have to find out as more information about the Aurus Escort rolls out.

The Aurus Escort's electric motor will be housed in an aluminum frame with an aluminum swing arm with a monoshock. The bike's front end also features a central shock absorber similar to the design BMW employs on some of its bikes. Another interesting design feature are the massive panniers on the sides of the bike. Perhaps these cases could contain emergency supplies, and maybe even weapons to defend the presidential convoy. As mentioned, little is known about the Aurus Escort as of the moment. However, given its expected launch in 2022, we're pretty sure more information about this electric motorcycle will be revealed soon.

This Electric Flat Tracker Concept Is Both Futuristic And Classic