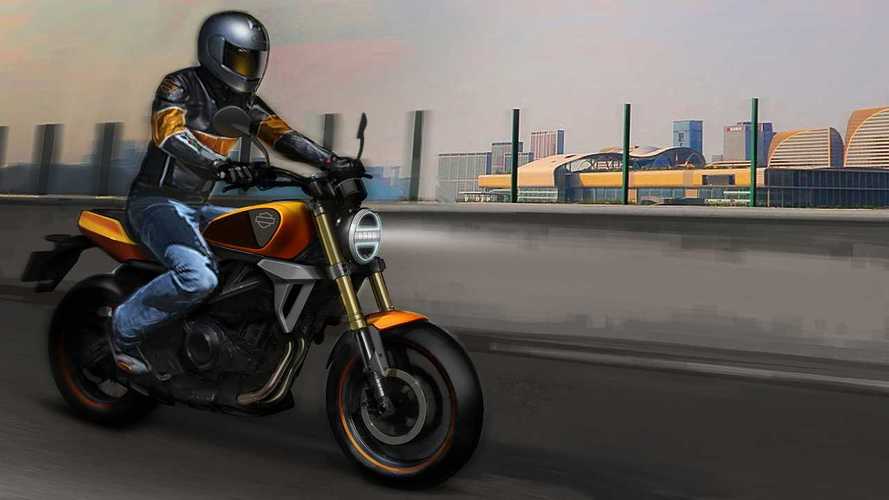 Looks about ready for the showroom if you ask us!

Harley-Davidson announced that it will completely overhaul its plans for the future with the introduction of a new corporate strategy in 2021. Part of the strategy includes cutting back on the number of new models The Motor Company has in the works, however, we have yet to learn which projected models will make the cut.

We already know that the Pan America is coming in early 2021 alongside a new unnamed power cruiser and that the launch of the Bronx has been pushed back (if not canceled). According to several patents and trademarks, we suspected Harley was also developing a café racer type bike as well as a flat tracker, models we suspect won’t see the light of day after all.

Perhaps the bike we’ve been the most curious about, however, has been the Harley 338 or 350, developed in collaboration with Chinese giant Qianjiang. While Qianjiang’s version of the “baby Harley” was spotted in patents, suggesting the model dubbed QJ350-13 would still be introduced, we were unsure of what would happen to its American-branded counterpart. From the looks of it, Harley’s small bike project is alive and kicking according to a recently leaked picture of the bike in near-production-ready form.

If you’ve been following the small Harley’s odyssey as close as we have, the return of the 338 nomenclature is probably a bit confusing. When rumors of the model initially surfaced in the Summer of 2019, the baby Harley was referred to as the 338. Then, towards the end of the year, official documents referred to the model as the 350 instead supported by patents describing a new 353cc parallel-twin engine to be shared with new Qianjiang and Benelli-branded models.

It looks like the 338 is back as the bike in the picture is badged “338R”. This could suggest that the new Harley, which shares most of its components with the existing Benelli 302S, could potentially use a detuned version of the 353 engine. According to the Bike Social, Chinese Harley dealers have already started teasing the new model so whether the engine is a 338 or a 353, it’s safe to assume at this point that the baby Harley remains part of the plan and that it’s on its way.