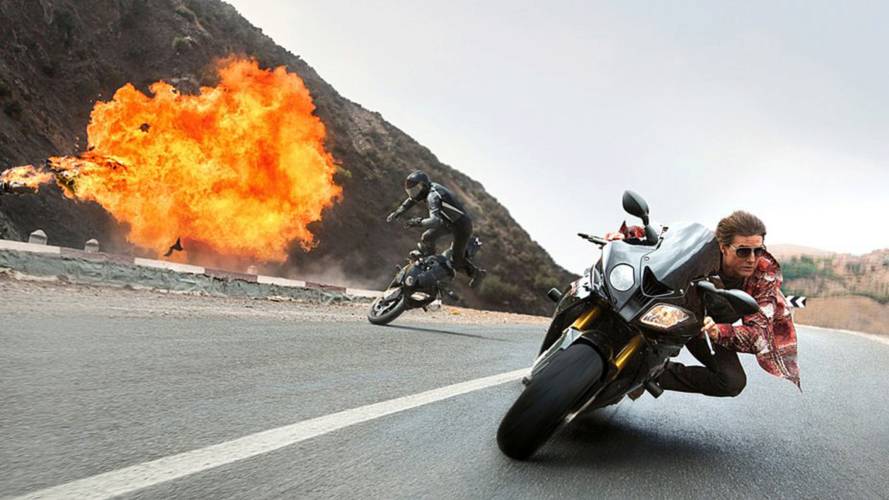 What’s a Tom Cruise movie without a motorcycle? A sad excuse for a movie, that’s what! The hooligan actor is famous for performing most of his own stunts, “doing a 4G negative dive”, jumping on Oprah’s couch, and having found a way to merge his passion for bikes with his career.

The first time the new Mission: Impossible movie came to our attention was obviously because Cruise’s Ethan Hunt had been spotted doing some motorcycle stunting in the saddle of what looked like a BMW G 310 GS (the M:I and BMW love affair endures). Filming resumed last month and it wasn’t long before the movie ended up back in the headlines with a motorcycle-related story except, this time, it’s because of a stunt gone wrong.

Oh, you thought Ethan Hunt had done enough damage over the past twenty years to be forced into retirement? You thought wrong. The all-American anti-hero and super spy will be back in action in 2021 in the Mission: Impossible series’ seventh chapter.

While we don’t know what the movie’s premise will be, we already know there is bound to be a motorcycle chase and stunt of some sort. One of these stunts—not involving Cruise, this time—went awry and added to the movie’s production delays.

In fact, the scene apparently called for a motorcycle jump that sent a motorcycle flying into one of those large landing mats made of cardboard boxes. The problem is that the bike wasn’t supposed to land on the mat—only the stuntman was meant to. Despite six weeks of preparation, the challenging stunt failed and the mat went up in flames as soon as the bike landed in the boxes.

Thankfully, according to a source cited by several British media outlets, nobody was hurt, but the crew expects important delays due to the significant damage.

At the time of the shooting, Cruise was in another location, “filming with a parachute”. Another rappelling scene in the works? We’ll have to wait for the movie teaser to find out. For now, there is no say how long the additional filming delay will be.