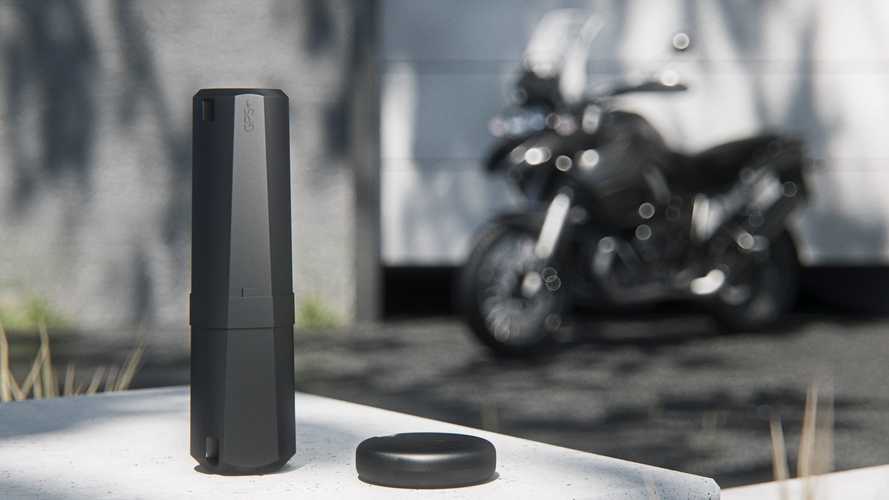 Every move you make ... I’ll be watching you.

I can be a pretty paranoid person. The kind of person that buys premium insurance on a rental car or barricades sliding glass doors with PVC pipe. If I’m not obsessing over ways to defend against misfortune, I’m envisioning all the ways it could actually happen. Over the years, I’ve become secure with my insecurity, and when it comes to my motorcycles, I’m no different.

At home, I tether each bike to a pillar with a cut-resistant chain lock. Despite parking in a gated garage, both motorbikes receive an alarm-equipped disc lock and a cover to hide them from lusting eyes. At this point, my insurance provider should be paying me. However, even with all those preventative measures in place, if a thief managed to nip my ride—and they definitely can—I'd be out of luck. Without a way to track my prized possessions, there was a gaping hole in my defenses, so when I got a hold of a Monimoto MM6 smart tracker, it was a great way to fortify my bikes’ security.

Monimoto’s Tracker MM6 is a tech neophyte’s dream. Consisting of a tracking device, key fob, and app, the system alerts users to any movement of their vehicle when the fob isn’t present. It’s a simple concept and execution but the minimal apparatus and footprint make it perfect for motorcycle applications. Both the 5 x 1.4-inch tracker and 1.6 x .4-inch fob run on CR batteries so there are no brackets to mount or leads to tap into your motorcycle’s battery. As long as you have some free space on your key ring and under your seat, incorporating the tracker requires little effort and even less time.

While the unit is small in stature, Monimoto packed it full of technology. From GPS and Bluetooth 4.0 BLE to accelerometers and GMS, the MM6 utilizes a suite of tools to pinpoint the location of your bike. The micro-SIM card provides international coverage and continues the tiny but mighty theme. Service is free of charge for the first two months and only costs $3.50 per month thereafter.

Like most devices these days, you will need to download an app to control the MM6 positioning system. Android and iOS users can download the software from Google’s Play Store or Apple’s App Store in seconds. Before diving into the app’s capabilities, you'll need it to properly install and sync the numerous communications components.

Similar to my overall experience with the app, the setup directions were clear, simple, and effective. Once you select your key fob style, the app walks you through the process of activating each device. Most steps consisted of simply removing a plastic tab or installing a battery or SIM card. If you’re typically short on time, this portion of the install took less than one minute (refer to timestamps above) and the systems were up and running without a hitch.

Next, it was time to get the devices working together. Placing the phone, tracker, and key fob in close proximity allowed the app to sync communications and set up the alert system. After 2-3 minutes, a text message confirmed that the devices were connected and tracking my bike’s whereabouts. With the different systems operational and communicating, it was time to find a hiding place for the on-board tracker.

Underneath a motorcycle’s seat is usually a safe area to tuck away the candy bar-sized device because it’s usually inaccessible to a passerby or aspiring crook. To help secure the tracker in place, Monimoto included two reusable zip ties, but I was able to safely wedge the unit behind my fuse box without them. I locked the seat back into place on my Husqvarna 701 Supermoto, threaded the fob onto my key ring, and that was that. No unexpected issues that typically arise on the workbench. Just a quick and easy setup that took less time than watching a YouTube install video.

I should note that the speed at which you install the system is greatly dependent on finding a suitable location for the tracking mechanism. Earlier that morning it took me 20 minutes to discover a safe mounting spot on my Harley-Davidson. For some, it will take you less time to install the system than it takes to read this review, but it’s safe to say that the MM6 is a 30-minute (or less) install that requires no power tools and only half a brain.

Like a good suspension setup, the Monimoto Tracker MM6 works best when you forget it’s working at all. The unit doesn’t chirp or blink unnecessarily. The Monimoto app doesn't pester you with constant updates or propositions for upgrades. Every 24 hours, the system relays a message to your phone that the device is still up and running. If you ride your motorcycle daily, the feature isn’t as impactful, but if you’re an urbanite that parks on the street, the notification can be very reassuring.

In my first weeks with the MM6 tracker, I took an extended weekend trip to San Diego and left my bikes 120 miles away in L.A. Naturally inclined to fret over the safety of my babies back at home, Monimoto’s daily statues updates soothed my anxiety and allowed me to fully enjoy my ocean-side retreat. Though the system frequently eased my security concerns, I need to confirm that the unit ould work when I needed it most—when a thief strikes.

To help simulate a theft, I enlisted the help of my good friend Adam. As a law-abiding biker, ATGATT devotee, and devout Guzzista, Adam would never even mount someone’s bike without consent, but on this day, I was asking him to ride my Husky like he stole it. Armed with my spare key, Adam fired up the supermoto and tripped the MM6’s alarm as soon as he rolled away from my residence.

At home with a strong WiFi signal, the app immediately called my phone, sent a notification of the movement, and followed up with GPS coordinates on a five-minute basis. Before Adam “stole” my motorcycle, we agreed on a destination so I could follow his route along the way. Of course, bike burglars don’t inform you of their whereabouts or intentions but the set destination helped validate the reports received from the tracking system.

Though the updates rolled in every five minutes, the app also features live tracking that provides minute-to-minute updates on the bike's location. Once clicked, a prompt warns the user that live tracking consumes battery life at a high rate and that the mode will automatically start if the GPS signal continues to detect movement for five minutes. However, I should specify that the live tracking mode doesn't exactly report the bike's coordinates in real-time. Instead, the system relays more frequent location updates from five-minute intervals to one-minute intervals.

While the mode doesn't provide true second-to-second positioning, the one-minute updates were very reasonable to me. Now, I should admit that the story may be different if my bike was truly stolen, but the frequent updates allowed me to connect the dots until Adam arrived at our agreed destination.

While the MM6 proved successful during the phony theft, the system primarily runs on cellular data and relies on a strong signal to operate quickly and consistently. To test the Monimoto’s limits, Adam and I rode out to the edge of Malibu—and 3G coverage. After a quick bite at Neptune’s Net, Adam relapsed and “stole” my bike yet again. I’m glad to report that I still received a phone call from the app and an initial message, but with hindered access to cellular network data, the MM6 couldn’t provide subsequent updates.

I truly enjoyed my time with the MM6 tracker. The daily updates, easy-to-use app, and accurate GPS positioning provided peace of mind without adding complexities. From daily riders to garage queens, Monimoto’s device is a great addition to any bike. At $229, the MM6 is an affordable alternative to aftermarket on-board security systems or replacing the bike entirely (in the event of a theft). Many insurance providers will also offer discounts if a tracking device is fitted to your vehicle. Couple those discounts with a monthly subscription that costs less than a cappuccino and the Monimoto could pay for itself in the long run.

If you’re like me, and treat your motorcycle like Fort Knox, a smart tracker is practically a requirement. If you're looking for a tracking system and frequently in good cellular range, Monimoto’s tracker should definitely be on your short list. As long as you don’t need satellite navigation, the MM6’s simple operation, user-friendly UI, and reliability should help pacify any paranoia—it sure has for me.

Could This Uncuttable Material Be The Future Of Bike Security?
⠀

This Smart Bluetooth Motorcycle Lock Uses Your Phone As Its Key
++