This 1982 Honda CBX Supersport Could Be Yours 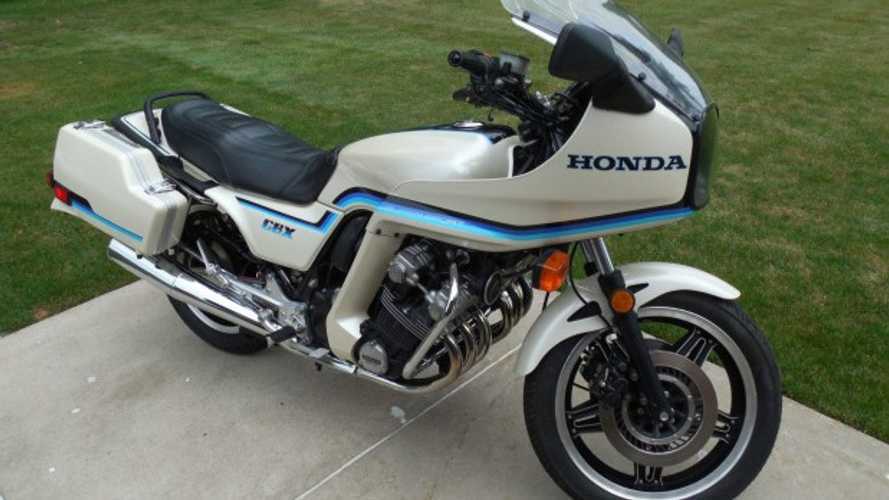 I can already hear that iconic inline-six howl.

If you ask practically any motorcycle enthusiast to name what they would consider the top ten most iconic motorcycles ever made, chances are the Honda CBX would be mentioned. In what could quite possibly be Honda's biggest because-we-can flex of the twentieth century, the CBX came equipped with a 1,047 inline-six engine that made all the sounds any motorsports enthusiast would have dreams about, and undoubtedly goes down in motorcycle history as one of the most iconic bikes ever made. First introduced in 1978, the Honda CBX came out in two distinct iterations. The most popular, and the one you're most likely to see videos about, would be the standard model which was debuted in 1978 for the 1979 model-year. In 1981, Honda repositioned the CBX as a sport touring model, hence the bike we see here today.

Now, the nomenclatures for this bike vary depending on where in the world you're situated, so let's just go right ahead and refer to it as the seller does: the CBX Supersport.  This particular bike is a 1982 model, and comes with the standard white with blue and black graphics. It comes with side panniers, adjustable rear suspension, a taller windshield, heated grips, as well as the other creature comforts which were standard fare for the CBX Supersport. Upon closer inspection, you'll notice that the trim found on this sport tourer from the early eighties isn't too far from that of modern-day machines. Of course, it misses out on the advanced electronics and sophisticated rider aids of today's bikes, but all in all, this bike was ahead of its time.

Acquired by its current owner in 2009, the bike received a thorough service in 2017, and shows 28,000 miles on the clock. The carburetors were overhauled, the brakes were serviced, and the tires were replaced. The bike also received a fresh battery earlier this year, making it pretty much ready to ride as it is. Would-be buyers would be pleased to note that the bike comes with complete service records all the way from 2008, as well as a clean Illinois title.

As of this writing, the current bid stands at $5,900, and bidding ends in four days. Be sure to check out the original listing, should this bike be of interest to you.