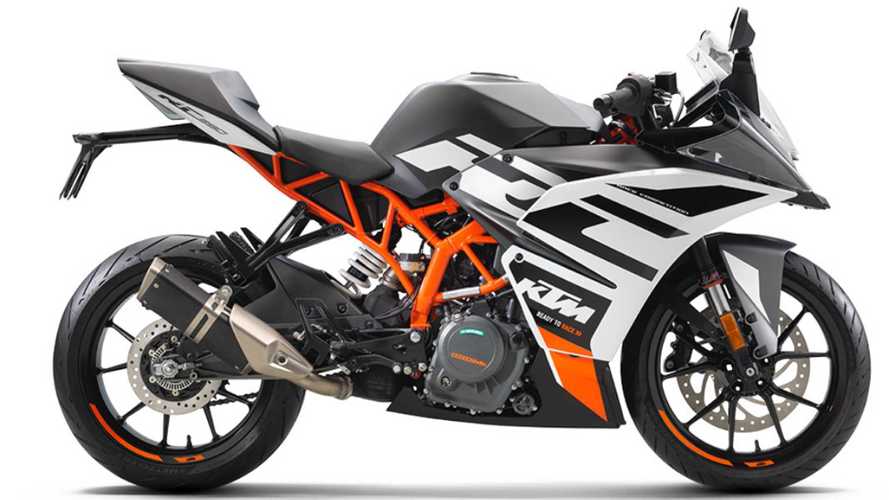 Design changes made to beloved motorcycle models are always divisive because design is so subjective. The KTM RC 390 has continued largely unchanged for some time, but your favorite factory in Mattighofen apparently decided that the impending Euro5 update was a good time to switch things up. What, exactly, does that mean? From all appearances, it mostly means that they’ve smoothed out some of that front-end pointiness found on the previous bike.

The KTM sportbike was spotted a for the first time a while back and is now making the rounds, once again. Now, Austria’s Motorrad Magazin shared a selection of new spy photos and surmised that it looks a bit more "civilized" than the outgoing model. It’s a clear case of “you say tomato, I say potato,” though. To me, the revised version looks like it’s been defanged just a bit. I’ll reserve full judgment until I see the production model in whatever graphic scheme they choose to use, but this facelift looks a bit bland and boring to me. Like a lot of music remasters where it sounded better when it was dirtier and perhaps less technically perfect, this update looks much too smooth to my eyes. What do you think?

We don’t know full details about what’s being updated with what’s presumably a 2021 RC 390 update, other than that it should of course be Euro 5-compliant. No major engine or chassis changes are expected at this moment. If it remains as fun to ride as the pre-facelift RC 390, you could definitely do a lot worse if this is a bike you’re considering. I honestly don’t know if I’d want to own one for myself, but I can tell you for certain that RC 390s are incredibly fun to ride.

As long as the new bike still consistently feels like you’re going faster than you actually are when you’re wringing the ever-loving heck out of that throttle, that’s the main thing. Then again, there are a million reasons that people buy bikes, and one of them is definitely visual appeal. I feel like even if I don’t love the way a bike looks, as long as riding it is fun, I can get on board, but I understand that not everyone feels that way. Then again, maybe I’m also a weirdo and this redesign will be incredibly popular. We’ll have to see what the final version looks like, won’t we?

BMW Announces A Slew Of Motorcycle Lineup Updates For 2021
++