Is BMW Working On An Electric C1-Inspired Motorcycle? 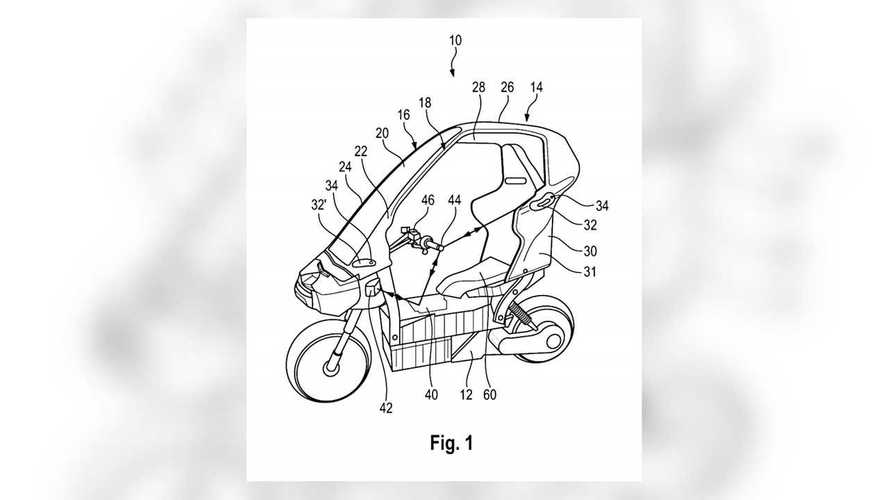 Great ideas are nice, but they aren’t always enough. A combination of the wrong timing, materials that don’t live up to your vision, and a whole host of other problems can all conspire to make even the best-laid plans fail. For example, inventors have been hard at work developing electric cars since at least 1828, but they weren’t widely seen as practical, viable machines until fairly recently.

Presumably, BMW is hoping that its development of a new roofed two-wheel design will take significantly less time for wide-scale adoption. The U.S. never got the C1 scooter, but if you’ve been watching the latest Budget Bike Battle from 44 Teeth, it’s the perfect opportunity to see one in action and be relieved it never came here. (Side note: In case you aren’t aware, I’m a scooterist and a motorcyclist, and I definitely am not a rider who inherently dislikes scooters on general principle. Two-wheeled kwisatz haderachery is possible, etc.)

It seems that the Bavarians have been hard at work developing this patent for a roof system that bolts onto an electric two-wheeler to create a vehicle that is similar in profile to the C1. It’s unclear whether BMW has any plans to put this on its electric C-Evolution scooter, which is unfortunate, because the name is right there.

In any case, the roof system has airbags, crumple zones, and aerodynamic stabilizers that are meant to offset the inherent ungainliness of such a device. It also comes with a safety harness to hold you in place should you crash while the roof is on. One major point in its favor is that unlike the C1, this roof is easily removable by undoing just a few bolts. That way, it’s a rider’s choice whether they want to roll with it or not.

I have so many questions about this design. Firstly, who is it for? Was there an existing group of people clamoring for a cross between a motorcycle and a car? Is BMW attempting to create a niche of its own? Is the intention to release this roof as an accessory, or to sell it together with an electric bike or scooter of some kind, or both? Will it be a modular thing that can be affixed to a range of electric motorbike models? Most importantly of all, will this ever be seen as a good idea whose time has come?

Unfortunately, we have the answers to none of these questions in 2020. At this point, all we can do is ask them, then watch how the whole thing develops.

In Other Patent News:

What Is Yamaha Planning With This Leaning Trike Patent?
++