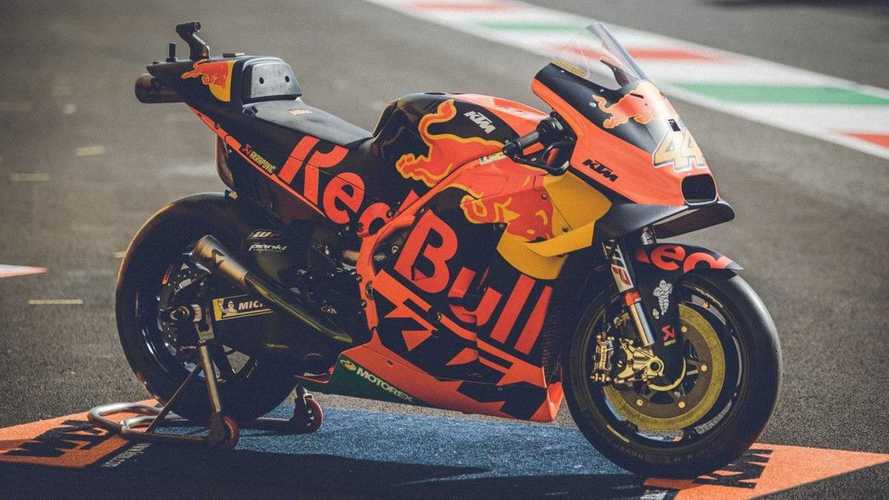 Bid on a piece of history and bid farewell to Pol Espargaró.

The KTM factory team has improved by leaps and bounds over the past three MotoGP seasons. Entering the premier class in 2017, the “Ready to Race” team snagged numerous front row starts and a podium-finish at Valencia in 2018. With Moto2 standout Brad Binder joining the team as a MotoGP rookie in 2020, KTM’s racing future looks even brighter.

If you’ve always wanted a MotoGP in your collection, this might be the perfect opportunity—but it won’t be cheap. At €288,000 ($337,760 USD) and excluding a value-added tax, the RC16 costs well over the median home price in America. KTM seems well aware of the race bike’s steep price tag and including a few perks to help sweeten the deal:

Serious inquiries for the retired race rigs should be sent to rc16@ktm.com. Once all the offers roll in, KTM will compile a buyers list and determine the final destination of the two RC16s. Though Pol Espargaró will be in a different paddock next year, that's a great reason to commemorate his instrumental time at Red Bull KTM. Hopefully, all sides move forward with continued success, and hopefully, you’ll be there to witness it in the Reb Bull Energy Station in 2021.

The Long And Winding Road: