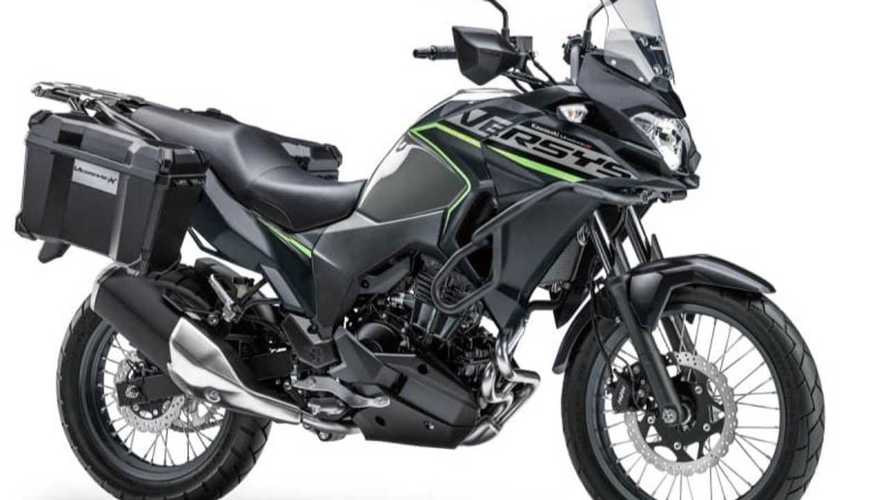 Gone are the days of the adventure segment being ruled by heavyweight machines with displacements in excess of 1,000cc. Yes, indeed, large capacity adventure bikes are still undoubtedly very popular, and rightfully so—given their long distance capability, comfort, and off-road performance. However, the fact that liter-class adventure bikes tend to be rather heavy, makes it difficult for beginners to get into adventure bikes.

It is with this in mind that small capacity adventure bikes like the KTM 390 Adventure, BMW G 310 GS, Kawasaki Versys-X 300, and even the Royal Enfield Himalayan come into play. Not only are they physically smaller and lighter than the heavy hitter adventure bikes in the market, they're much cheaper and easy to maintain as well. In line with this, Kawasaki has launched the Versys 250 in the Indonesian market. The new quarter-liter adventure bike is also set to launch in other Asian markets.

Equipped with the basic necessities for an adventure bike, the Versys 250 comes with long travel suspension, dual sport tires, optional luggage, and adequate ground clearance. The 250cc parallel twin produces a decent 34 horsepower, giving it enough grunt to tackle most country roads and even some highways.

Kawasaki Indonesia Shows Us How To Modify A ZX-25R For The Track
Source: BikeDekho
++Share