This Custom BMW R65 Is The Cafe Racer Of Our Dreams 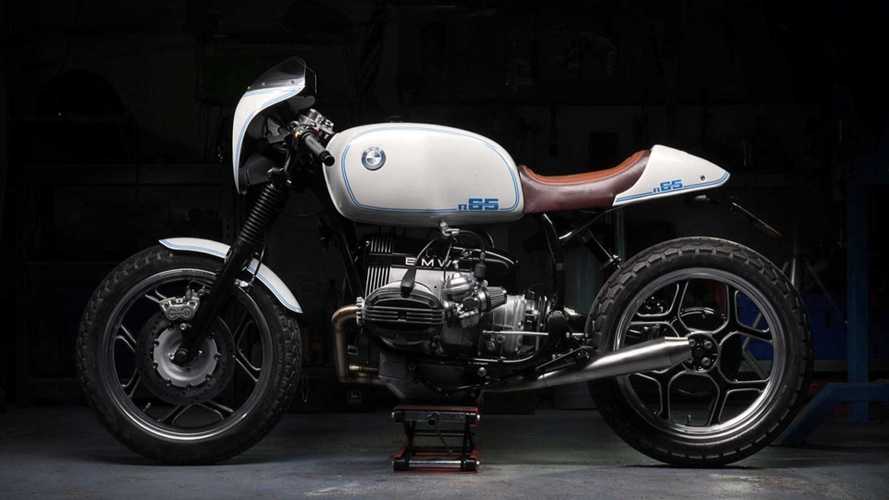 This bike has quite an inspiring story behind it.

Life is filled with adversity. The ups and downs of an individual's life undoubtedly shape the very existence of a person. At times, life's challenges bring us to a point so low, that it seems as though nothing good could come out of it anymore. However, sometimes, the human will is able to thwart life's difficulties and create something of utmost beauty. Such is the case with this beautiful BMW R65 Cafe Racer built by Scott Campbell.

This particular bike started as a long term project for Scott, purchasing it around 6 years ago. He bought it from a friend who was a BMW enthusiast, and after taking it home and taking it apart, it sat in his garage for quite a number of years. Little did he know that this bike would be instrumental in his recovery from one of the darkest points in his life.

In 2019, while Scott was undergoing rehab, the heap of parts laying in his garage caught his attention. This is when he decided to finish what he started, and keep himself busy in building this bike—channeling his energy towards something productive, while on the road to recovery. He swiftly began work on this bike, and with a background in furniture design, he definitely knew a thing or two about metalwork and fabrication.

For starters, Scott trimmed down the stock R65 frame, removing unneeded brackets, sandblasting it, then finishing it in a subtle and sleek gloss black. He then fabricated a custom subframe from a BMW R100RT, integrating a trellis design to give the bike a more aggressive look. The classic cafe racer aesthetic is further complimented by the raised rear section of the fuel tank which seamlessly joins the custom two-tone leather seat. The rear seat cowl, apart from giving the bike an unmistakable cafe racer look, serves as a small storage compartment for tools and small items.

A remodelled BMW RS bikini fairing adorns the front end, while a set of low slung clip ons sits behind the fairing, giving the bike aggressive ergonomics. The bike's suspension was also refreshed to give it sharper handling characteristics. This involved rebuilding and replacing the internals of the forks with progressive springs. Braces to the front end were also added to give the chassis a more rigid feel. As far as braking is concerned, a rebuilt R1100 Brembo system was fitted, with custom machined calliper mounts to achieve perfect fitment. This system was mated to a new EBC rotor upfront.

As far as the engine is concerned, an in depth inspection revealed the engine to be mostly in good working order. As such, only minimal work and refreshing was done to the R65's original mill. The carbs were refreshed, and a custom 2-to-1 exhaust system was fabricated to give the iconic BMW boxer a more prominent growl. To top things off, the bike was finished in pearlescent white with blue pinstripes inspired from the BMW racers of the 80s.

For those unaware of this bike's history, and what it means to Scott, it may look similar to many other builds out there. However, what makes custom bikes so special is the fact that they were hand built by a unique individual—not designed by a computer and stamped into existence by robots. Custom motorcycles like this BMW R65 Cafe Racer allow the human aspect to flow into the machine, and in cases like Scott's, could even be what saves us from ourselves.

This Custom Laverda 750 Will Knock Your Socks Completely Off
Sources: Return Of The Cafe Racers, John Owen Photography
++Share