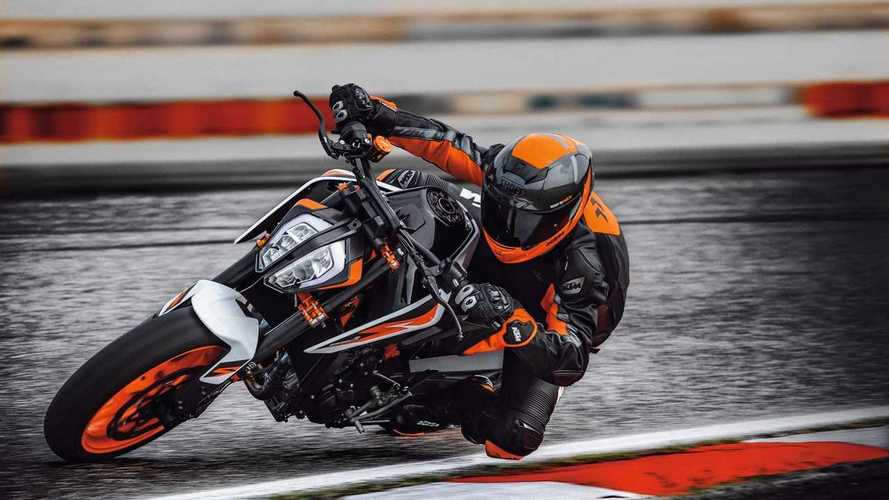 Why don't we see any orange Austrian superbikes?

The murmuring has started again—the moto-press wants a new KTM superbike. With the success of the 790 and 890 Duke R models, some journos are saying it’s time to bring out a fully-faired RC890 R. Is there any reasoning behind that, though, or is it just wishful thinking?

KTM is best known for off-road machines and hooligan bikes, but it did have a superbike in the lineup a few years back—the RC8. Introduced for 2008, the RC8 had an 1148cc, liquid-cooled V-twin (the forerunner of today’s 1200cc KTM V-twins) with all sorts of trick internals, a trellis frame, WP suspension, and Brembo brakes. In other words, it was a very typical Euro sportbike, with lots of muscle and a highly adjustable chassis.

Unfortunately, the RC8 and the subsequent RC8 R weren’t particularly successful in national or international superbike racing, and they weren’t smash sales successes either. KTM axed the model in 2013. Since then, it’s made adventure bikes and naked bikes, but no sport bikes, unless you count the small-capacity RC390 R.

So, why the renewed talk of a full-sized KTM superbike? The KTM 790 Duke and 890 Duke R is why. These parallel twin-powered naked bikes took the market by storm over the past couple of years, impressing journos and the bike-buying public alike with their blend of handling, electronics, and usable horsepower. Naturally, some riders will want all these features in a sportbike package—it's how gearheads think. That’s where demands for an RC890 R are coming from. Just like KTM sells the 390 Duke naked bike, and the RC390 R sportbike, people want an RC890 R sportbike to match the 890 Duke R naked bike. But is it likely?

On one hand, KTM does have a MotoGP team. It seems awfully silly to put all that money into the high-level motorcycle racing with no plan to build a superbike. Certainly, there’s public interest in the idea, too.

On the other hand, KTM’s bigwigs have publicly questioned the future of superbikes on public roads. The marketing for the latest 1290 Super Duke R naked bike backed this up, with an emphasis on track use. Does that mean we won’t see an 890 superbike, though? It would be fast, but would it be too fast for public roads?

Ultimately, this will all come down to a business choice for KTM—would the money justify the model launch? Don’t forget KTM’s ace in the hole, though; even if we never see an RC890 R, it would be unsurprising if we saw some sort of fully-faired superbike from its subsidiary Husqvarna built around this engine. We’re seeing a revived interest in retro-styled sport bikes; maybe this would be a good way for Husky to leverage its neo-retro aesthetic, with a superbike built along ‘80s endurance racer lines?