All The New Dirt Bikes Coming In 2021 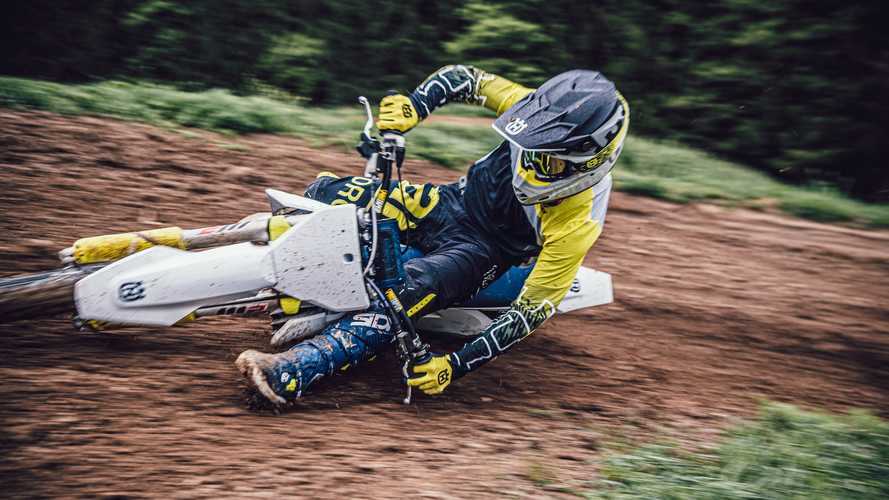 Let's go play in the dirt.

While nothing Earth-shattering happened on the dirt bike and motocross fronts this year, manufacturers armed their respective models with a slew of updates for 2021 to keep them competitive and relevant in an über aggressive segment.

Almost all lineups received their share of updates and upgrades, from entirely new models, to new frames, to tuned engines, to a few suspension tweaks. To help you keep track of all the good stuff we can expect for 2021, here’s a roundup of the new and/or updated off-road toys we're expecting on the market.

For the new model-year, Honda’s flagship motocrosser, along with its RX and RWE counterparts, received a list of important upgrades. The biggest change is the redesigned, more compact twin-spar aluminum frame paired with a new swingarm that results in a lighter, stiffer bike with improved ground clearance.

Inside the frame, the upgrades include a redesigned throttle body, a smaller fuel pump, a larger airbox, a magnesium cylinder head, a lighter clutch pull, and a new single exhaust. Thanks to the bigger airbox, Honda claims the bike now produces more low- to mid-range power.

Kawasaki’s grown up KX off-roaders both receive thorough updates in 2021, starting with the 250. The quarter-liter dirt bike receives a new chassis based on the 450’s architecture that uses the engine as a stressed member. To match the new frame, the swingarm is also a spin- off the 450’s component. The two combined add rigidity to the 250’s handling. Suspension settings at the front and back have been “fine-tuned” to provide optimal support for the new frame.

The little 249cc thumper was also updated with finger-follower valve actuation which allows the use of a more aggressive cam profile and large-diameter intake and exhaust valves which result in a higher-revving engine. The clutch also appears on the list of upgrades with a new coned disk-spring hydraulic system.  The KX also becomes the first 250 motocross bike to feature an electric starter.

Along with the KX250’s updates, Kawasaki introduced the top-of-the-line KX250XC. The TC trim level receives its own competition-friendly engine and suspension tuning, 21 and 18-inch set of wheels wrapped in Dunlop GEOMAX AT81 tires, a skidplate, and a kickstand.

The 450 also gets its share of upgrades though the list isn’t as extensive as the 250’s. It includes a new Renthal fatbar, a coned disk-spring hydraulic clutch, as well as larger diameter clutch plates and revised friction material. Like the 250, the 450 also receives a factory-standard Renthal Fatbar handlebar

Also, like the 250, the KX flagship gets an XC variant with off-road optimized engine and suspension setup, 21- and 18-inch wheels clad in Dunlop GEOMAX AT81 tires, trim-specific brake components, a skidplate, and a kickstand.

Improving mid-end torque is a recurring theme for 2021. At Yamaha, the YZ250F is the lucky winner of this year’s round of updates. The help give the 250 more low-rpm grunt, Yamaha gave it a new cylinder head, redesigned the entire intake system, the camshaft, shift cam, transmission, clutch, water pump, impeller, and ECU. According to Team Blue, this gives the bike more mid to high-end pull and a higher peak output while retaining its low-end character.
Also new for this year are the chassis, engine mounts, suspension, brake hardware, triple clamp, and handlebar mount. Did we say updates? We meant full overhaul.

The full range of two-stroke TC Huskys—from 50 all the way up to 250cc—receives a new WP XACT front fork with shorter cartridges and equipped with a brand-new mid-valve damping system, designed to improve comfort upon landing and handling.
At the back, the WP XACT shock features low-friction linkage seals for a more “refined” suspension response.

On the mini end of the spectrum, the 60 and 65 both receive a new Neken tapered diameter aluminum handlebar while the 85 gets a roller-actuated throttle assembly for improved smoothness and durability.

Fun In All Shapes And Sizes:

KTM’s baby motocross range gets a few tweaks to smooth the ride out thanks to a new throttle assembly. A new tapered handlebar allows the rider to add a set of ODI lock-on grips should they desire.
The 85 SX is also treated to an entirely new set of Formula brakes, including bigger discs.

Still in the KTM SX lineup, the family’s “mid-rangers”, namely the 125 and 150 models, receive a shiny new set of WP XACT suspension front and back with a firmer factory set up. The two bigger two-strokes are also treated to “fresh piston and clutch internals” though KTM doesn’t into details about what the refresher means.

Dunlop is KTM’s rubber of choice for 2021 as well and provides the SX with a set of GEOMAX MX33.

For this year, the SX flagship receives the most important upgrades. The list of changes for the 450 SX-F includes revised piston, crankshaft, engine casing, rocker arms, and shift locker. KTM claims that these improvements make the bike lighter, more reliable, and easier to maintain.

The 450, alongside the entry-level 250 SX-F and 350 SX-F, is now myKTM app compatible which means riders will be able to tune their bike using their smartphone.

The Beta 300 RX is entirely new for 2021 and is the enduro 300 RR’s competition counterpart. The RX gets a frame specially developed for the dirt track, mounted on a fully adjustable KYB fork and Sachs shock

The 293cc thumper is the same as the RR but tuned to meet the rider’s motocross requirements and is paired with a Brembo hydraulic clutch and a six-speed transmission. It also features two power modes, an electric starter, an Arrow muffler, a bigger carburetor, and premix lubrication rather than oil injection.