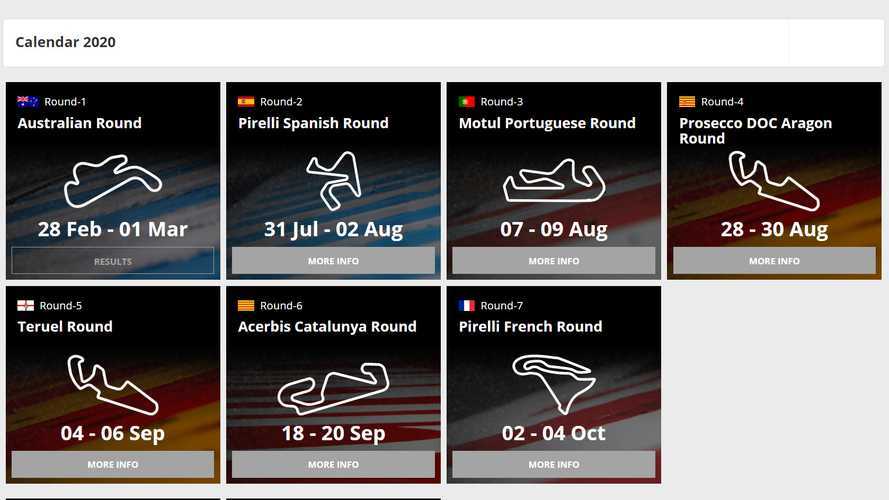 Four of the six remaining confirmed rounds will run in Spain.

Racing calendars in all 2020 series were thrown into complete disarray by the global pandemic. Now, three more World Superbike race weekends that were up in the air have officially been canceled for this season, the FIM and Dorna jointly announced.

While Silverstone was already canceled, the UK round at Donington Park was still listed as “postponed” and “to be determined” until now. Sadly, that means the WSBK championship will not race in the UK at all for 2020, for the very first time in the series’ history.

Perhaps the greatest blow comes in the form of the TT Circuit Assen cancellation. The Dutch round is always a season highlight, so it’s particularly sad to see it get axed from 2020. Finally, the Qatar round at Losail International Circuit has now also been formally canceled. That leaves only the Argentinian and Rimini rounds as “to be confirmed.” Every other race for 2020 has either already been added to the revised calendar, or else has officially been canceled.

“I am personally very sad to announce the subsequent cancellations of the three rounds,” said Gregorio Lavilla, former racer and current Dorna executive director of the sporting and organization departments.

“As a fan of our sport, I am extremely saddened not to go to WorldSBK’s birthplace at Donington Park and the ‘Cathedral of Speed’ at Assen, a track which has featured on our calendar uninterrupted since 1992. I am equally as sad not to not have the spectacle of a night race in Qatar, always something we look forward to.”

“We explored all avenues in order to find a solution but unfortunately, one could not be found. However, this mustn’t cast a cloud over the Championship. The majority of our events in 2020 will happen and plans for a full, complete 2021 are well underway. We would like to thank everyone involved for their tireless work and cooperation, and also the fans for waiting patiently before our season resumes.”

We’ll have to hope that WSBK returns to the UK, Assen, and Qatar in 2021, but this year has been so wild, we have absolutely no idea what’s going to happen.

MotoGP Vs. WSBK: Watch Márquez And Rea Do A Hot Lap
++Share