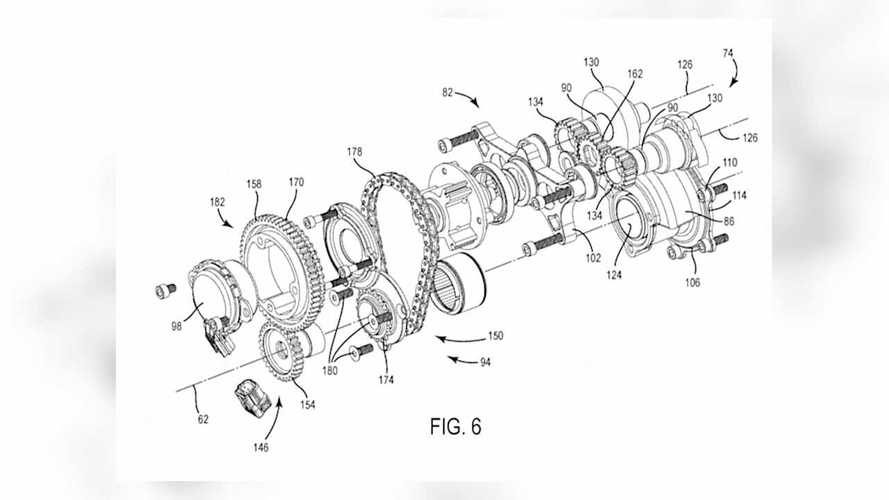 A new patent application and a little situational extrapolation go a long way.

In a patent application filed on July 23, 2020, Harley-Davidson outlined some key elements of a new air-cooled V-twin engine design. The patent itself regards a crankshaft balancer system, which may consist of one, two, or possibly even more modules that are completely separate from the crankcase. As such, selective configuration can be used as any specific engine demands.

Another key component to this design isn’t actually what the Motor Company wants to patent, but it’s no less important. If you guessed that it’s variable valve timing, you’d be correct. Ducati’s been on this train for a while, and Indian showed up to the party in 2019. That same year, the classic overachievers at Honda had already filed a patent for a VVT solution that updates the one they’d previously been using, as well, and the list goes on.

What gives? Euro 5 compliance is surely part of it, and since the Milwaukee-Eight V-twin is so new, and the two Sportster engines as currently made will fall afoul of those fast-approaching regs, signs point to that engine being the primary focus of this innovation. Even though the patent images show a drawing of a Fat Bob, the text of the patent also includes the following illuminating paragraph:

In fact, the patent later goes on to say that “in some embodiments, the variable valve timing unit may be omitted from the balancer module.” Folks, this patent is totally not even about the VVT, thank you very much, please go on about your day, nothing to see here.

What does Harley’s VVT do? Just like the toe bone’s connected to the foot bone, the VVT unit’s connected to the cam gear. It adjusts cam timing, which in turn optimizes both intake and exhaust valve timing to Harley’s desired specifications. Want more power and torque in a certain rev range, or to hit more stringent emissions guidelines? There you go. For an incredibly concise, in-depth explanation of how this VVT and engine balancer might work together, check out this piece from Ben Purvis over at Bennetts.