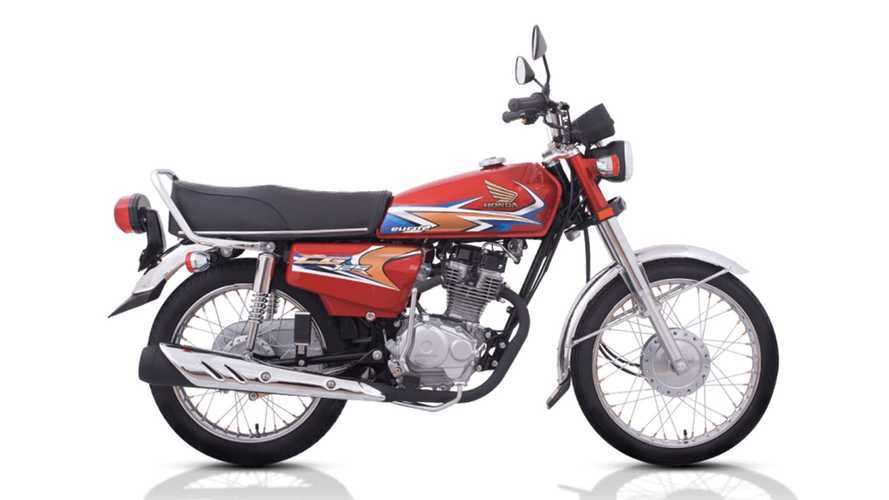 Honda's pushrod 125 might be the toughest small-capacity bike of all time.

There are several contenders for the title of Honda’s greatest motorcycle design. The six-cylinder CBX from 1978, the original 1975 Gold Wing, the 1967 CB750, or the 1983 CX650 Turbo would all qualify, certainly. There’s another machine that you should take into consideration, though—Honda’s lowly CG125. It's an all-time great design, and extremely capable. It wasn’t designed to push the limits of speed; it was designed to push the limits of durability.

The key to the CG125’s success was its air-cooled, four-stroke, 124cc, overhead valve engine, with pushrod-actuated valves. This engine was very closely based on the earlier, hugely successful CB125 engine, with one obvious difference. The CB125 had an overhead cam design, with chain-driven camshaft, a very familiar setup for owners of Japanese motorcycles. So why go backwards, to a pushrod design—surely that tech was best left to Harley-Davidson and its imitators?

'The Racer' Puts A Stunning CG 125 Together In Record Time

The answer: Honda wanted to build a bike that would run with minimal maintenance. In the early 1970s, legend has it that Honda’s engineers took a trip around southeast Asia, and found riders didn’t take proper care of their motorcycles. Riders would simply bag on their Hondas without keeping on top of basic mechanical tasks. This often resulted in top end failure since the cam and related equipment was the furthest thing away from the engine’s primitive oil pump. Honda’s solution? Build a bike that wasn’t fussy about upkeep. The C90 and other similar Cub-style step-throughs had proven the durability of a pushrod top end, so Honda combined that idea with the basic CB125 layout. Bam, there’s the CG125.

The CG125 debuted in 1976, and the engine saw various updates over the years. It went from a four-speed gearbox to a five-speed, and the 6-volt electrics were upgraded to a 12-volt system. Honda added an electronic ignition, and eventually, electric start (the original design was kickstart-only). At its basic, though, the engine was really the same throughout its production run. The CG125 was never a powerhouse—it made roughly 11 horsepower and 7 foot-pounds of torque—but it was enough to handle basic transportation in developing countries. It also saw lots of use in Europe, where learner laws restricted riders to small-capacity motorcycles.

Aside from the engine, the rest of the bike saw several updates over the years. Honda dropped the fully-enclosed chain (another low-maintenance feature) for a sleeker chain guard, and changed out the front drum brake for a disc brake (the rear drum brake was unchanged). The bodywork, the gauges—Honda slowly updated all that non-essential stuff over the years, but kept the basic powerplant mostly unchanged. The formula worked, so why mess with it? Developing countries loved the bike, and it worked for beginners and delivery riders in more developed markets. Although the CG125 wasn’t really used on the street in North America, these bikes proved to be very trustworthy trainers, and you’ll see them at riding schools sometimes. They just plain worked.

Honda supposedly axed the CG125 in 2008, although I wouldn’t be surprised if some subsidiary still builds them for a local market in South America or Asia. Often these smaller Honda machines have a longer lifespan outside Europe/North America. Even if Honda’s not making these anymore, the design still lives on in other factories. Much of the Chinese motorcycle boom of the 2000s was based around the CG125 design. Chinese manufacturers took the CG125 and big-bored it to 200cc, or even bigger, using that engine to power bikes like the infamous Lifan GY-5 dual sport. Even the overbored Chinese knock-offs of the Honda design proved to be surprisingly tough. Maybe that’s the real proof of the CG125’s greatness? Even the knock-off versions, stressed beyond the design limits and made with lower-quality materials and workmanship, have turned out to be reliable.