This HKS Speedway Special Is Up For Auction 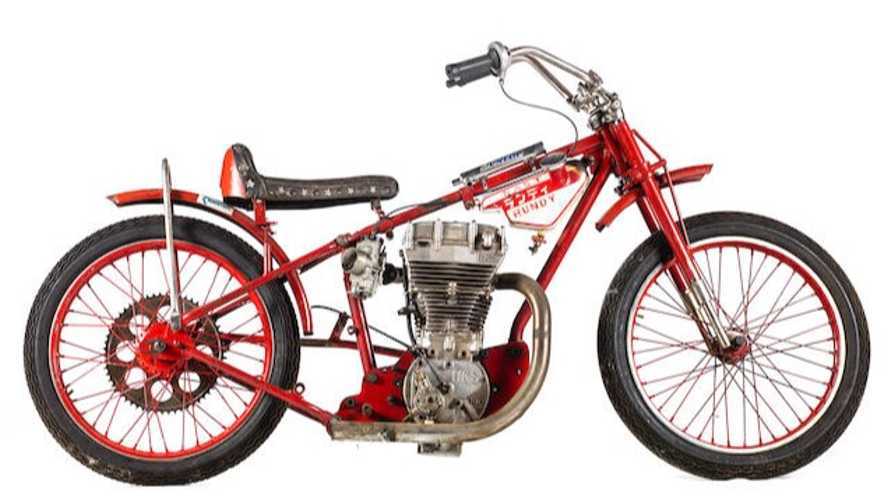 Very little is known about this bike.

Automotive enthusiasts will have a light bulb moment when they hear the name HKS. Well known for making turbo chargers, exhausts, as well as other aftermarket performance parts for cars, it is unbeknownst to many that HKS was actually a player in the motorcycle industry—albeit an obscure one. Founded in the early 70s, Hasegawa Kogyu Seisakushi, or HKS, specializes in producing a big performance components for cars, even to this day.

in 1988 however, HKS began supplying standardized engines for Autorace. Autorace is something of a Japanese spinoff of conventional speedway racing, wherein riders would race around a tarmac circuit while taking corners at extreme lean angles. Featured for sale on Bonhams is what appears to be an early Autorace bike claimed to be from 1976. This would mean that the bike was built prior to HKS supplying standardized engines to Autorace.

Win Yourself A 1977 Norton Commando 850 Or Two Other British Classics!
⠀

Ride Along With An IOMTT Racer On A Classic Kawasaki ZXR750

The success of HKS in Autorace would be short-lived, since in 1992, instances of poor performance and reliability issues resulted in HKS's contract to be terminated, with quite a bunch of unused engines fresh from production. These engines were then attempted to be introduced in American flat-track racing, but their reception was lackluster to say the least. A few of them ended up in the hands of custom builders who put these engines in cafe racers.

This brings us back to the bike in question. Undoubtedly shrouded in mystery, very little is known about this bike. It was acquired by Mr. Morbidelli in the USA, however there aren't any documents on this bike whatsoever. All that's known is that it has one of HKS's long-stroke single cylinder engines. Even the actual displacement is unknown with expert believing it to be of 600cc capacity. The manufacturer of the frame is also unknown. The bike is listed for auction with the current bid set at the equivalent of $440 USD. Check out the original listing here.