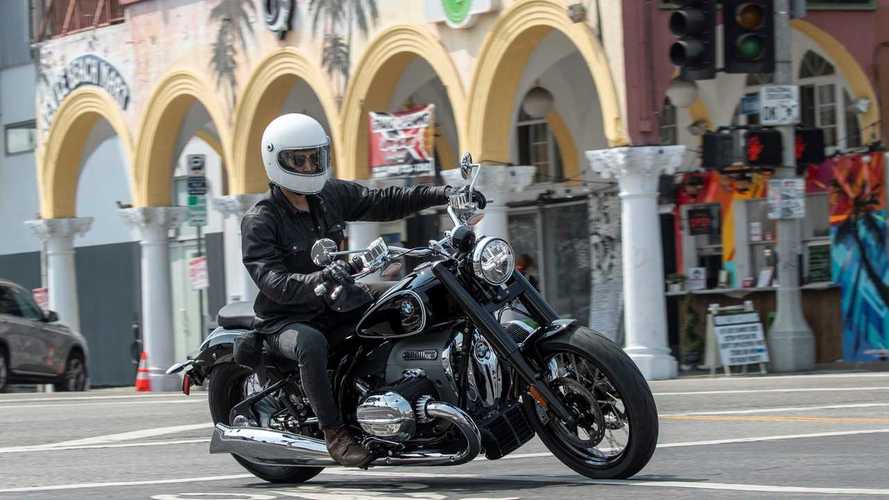 This week's RAW: we review the BMW R 18 and check out all the new bikes coming to the market.

This week, the season of new motorcycle models is here and we take a look at recently-unveiled models and at the ones coming in the next few weeks. Hint: there's quite a few of them. Our Youths Correspondent Dustin also got to take the all-new BMW R 18 for a spin and shared his thoughts on the new supersize Beemer cruiser.

Mark you calendars if you haven't already: on October 14, Honda will introduce the all-new Forza 750 maxi-scooter. Team Red shared a second teaser of the upcoming model which not only confirmed its displacement size but also some of its key features.

We now know that the new model will come with keyless ignition, a digital display, and riding modes. Considering Honda's 750 powertain has yet to be updated to meet the Euro 5 emissions standards so it's safe to assume that the new Forza will also introduce a few engine tweaks to keep the model up-to-date.

Chinese manufacturers have mastered the art of the copy in pretty much all the fields, including motorcycles. you think the Yamax Z400 looks familiar, you're not wrong. The small Chinese bike pretty much looks like the Kawasaki Z1000. The company even went as far as to call the bike the Z400. If that doesn't make it obvious.

Buying into a Sena or Cardo comm system or helmet can be quite the expensive purchase to make. The good news is that there are alternatives out there, such as HelmChat—a free communication app that allows riders with a diversity of equipment to be in touch during their ride. No need to have everyone hooked up to a specific brand of product—any mic and earphone set is compatible with the app. The best part is that it's free and will use a minimal amount of cellphone data to help you stay in touch with your crew.

While most motorcycle shows have been postponed to 2021, the Chongqing Motor Show proceeded as usual and gave local manufacturers the opportunity to showcase their latest products.

At Benelli's, the all-new 1200GT sport-touring flagship took the stage, armed with a massive inline-triple engine and a slew of features. The list includes an inverted fork, a hydraulic clutch, a set of Brembo brakes, push-start ignition, heated hand grips and saddle, and even electronically adjustable mirrors.

Manufacturers are almost done updating their products to meet the Euro 5 emissions standards. At Yamaha's, however, there's still a bit of work to be done, including on its 845cc inline-triple powertrain. German type approval documents confirm that Team Blue is way ahead of us and has already addressed the matter.

Not only is the MT-09 getting the proper updates for 2021, its displacement is also expected to increase to around 890cc and its output, to roughly 120 horsepower.

Honda made it clear that it has the intention to step on Royal Enfield's toes on the Indian market. Enfield is the modern classic staple and Honda wants a piece of that. The manufacturer released a teaser for the upcoming new model expected to launch on September 30, 2020.

Rumors out of India suggest the model will actually be called "Highness" and that it will either be based on the Rebel 300 or even be the rebranded Rebel itself.

Also on the list of recently launched models, we have the new 2021 Honda CB125F. The model has received significant upgrades—including Euro 5-compliant powertrain tweaks—and is now more efficient than ever.

Changes include a new chassis which helped dropped the entry-level model's weight to a tiny 258 pounds. The tiny 124cc thumper now manages 10.7 horsepower and 7.5 lb-ft of torque while reaching a maximum range of 490 miles on a 2.9-gallon tank.

The all-new BMW R 18 is possibly the most important model of the year for the House of Munich this year. A year after the concept was showcased at the Concorso d'Eleganza Ville d'Este, BMW finally debuted the model as its first big-bore cruiser.

The company hosted a first-ride event to allow a handful of journalists to get acquainted with the new bike so we obviously jumped at the occasion to get our hands on the bike. Our Youths Correspondent Dustin was the lucky designated rider and got to spend a few hours in the R 18's saddle.

While bikes in the U.S. are getting increasingly smaller, on the other side of the world, Asian manufacturers are going the opposite way and introducing some of their biggest models to date. It's the case for Chinese-based Benda that unveiled the LF-01 Concept Diavel look-alike—its first muscle cruiser.

The model will run on a 680cc inline-four rated at 97 horsepower. The brand has yet to announce if and when the model will make it to production.

Unless you live where winter is only a myth, Fall has started settling in. The colder weather and shorter days shouldn't deter you from hitting the road to take advantage of the last few weeks before snow settles in.

We decided to dig out five cool, travel-ready sport-tourers that you can get your hands on for less than $5,000. Which one would you choose as your traveling partner?