Could A Clean Two-Stroke Bridge The Gap To Electrification? 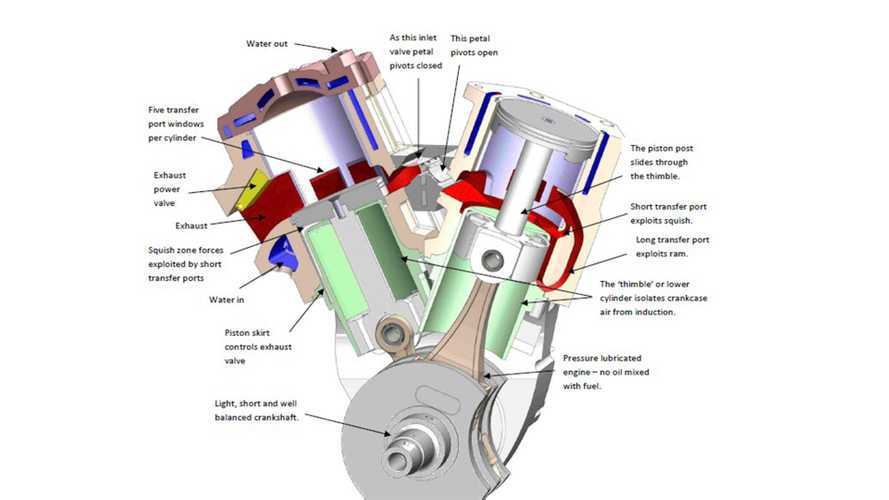 Taking the smoke out of the two-stroke.

The two-stroke engine is near and dear to many motorcyclists' hearts. From the engine chatter to the sweet scent of the burning fossil fuels to the plume of blue smoke billowing from the oddly-shaped exhaust, a two-stroke machine usually leaves an impression. Many tout the two-stroke's simplistic construction, reduced weight, and power output over its four-stroke counterpart, but strict emissions standards have forced most manufacturers to stop producing pingers in the past decade.

While those characteristics endear the two-stroke to many a rider, Australian-based ex-Formula 1 driver Basil van Rooyen has invented a clean two-stroke engine using the crankcase off a Suzuki Boulevard 800 and Rotax 800 cylinders and heads. The Crankcase Independent Two-Stroke (CITS) engine prevents total-loss lubrication in order to meet current emissions regulations.

Van Rooyen claims that CITS is more powerful, efficient, and economical than a four-stroke engine while also being lighter, smaller, and cheaper to produce. Though the former racer and engineer hails the merits of his engine over modern-day thumpers, the CITS motor employs an oil sump commonly found on four-strokes to eliminate the fuel/oil mixture in the combustion chamber. The system also utilizes direct injection with a bypass valve, which replaces the conventional throttle and ensures progressive cylinder deactivation.

All of van Rooyen’s innovations result in a two-stroke with 95-percent less oil consumption, three times higher de-compression ratio, and eliminates the use of roller bearings. The more economical and powerful CITS is also quieter, which should be a pleasant sound for the sore ears of noise regulators. While the prototype is a v-twin configuration, van Rooyen’s technology can be scaled up to V12 applications with v-twins producing up to 167 horsepower and V12s cranking out 1,341 horsepower.

The Australian-based South African inventor is currently seeking investment partners in Melbourne and preparing for re-testing the CITS motor in a Melbourne facility. With a long road ahead, van Rooyen is staying focused on the potential for the engine in motorcycles and automobiles.

“Certainly, they will be important for the transition period to electricity from non-fossil fuels, until batteries have a lower carbon footprint from mine to showroom, and at a cost affordable to the mass-market,” remarked van Rooyen.

Question is: will people miss the ring-ting-ting noise so synonymous with two-strokes? Will they pine for the unique fueling and power pulses? Only time will tell if van Rooyen’s CITS gains investment and adoption, but I’m sure he’d want those questions answered rather than unanswered.