This 1938 Velocette Wants To Be Your Pre-War Project Bike 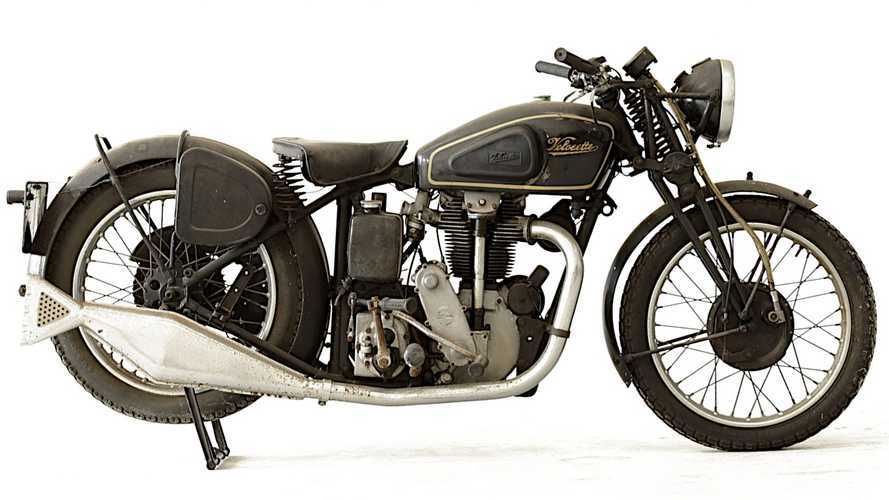 Does it run? No one knows, but you can find out!

If you’re looking for an honest, pre-war survivor in need of some TLC, look no further than this 1938 Velocette KSS that’s currently in need of a good home and a new caretaker. It’s currently being offered in Eustis, Florida, with no reserve and a clean Florida title by a selling dealer who obtained it from its previous owner in March, 2020.

KSS stands for “Kam Super Sports,” because Velocette founder John Goodman (born in Germany as Johannes Gütgemann, who later Anglicized his name after relocating to England) wished to draw attention to its overhead cam shaft. It was the road-going version of the KTT racer, a bike with a bevel gear-driven overhead cam that was released in 1925.

This particular example is a KSS Mk II, which means it features the improved alloy cylinder head that is both lighter-weight and more efficiently cooling than the Mk I version. When new, it produced 19 hp from its single-cylinder 348cc engine. It features girder forks, rigid tail, sprung saddle, a three-speed gearbox with a right-side shifter, drum brakes front and rear, knee pads, and a dry weight when new of about 120 kilograms, or 265 pounds.

As you can see in the photos, it’s in definite need of some care. The dry-rot on those tires is significant, and the selling dealer describes the front fender as “misshapen.” The odometer shows 74,000 miles, but true mileage is unknown. There’s no battery, the oil tank isn’t connected, and the selling dealer hasn’t tried starting the bike. If you’re the kind of person who’s dreamed of a fixer-upper like this, you’re probably already making plans for this bike to move in.

Bidding is up to $5,100 at the time of writing, and this auction ends on Friday, July 10, 2020. You have a few days to make plans if you want to welcome this new project into your garage and/or home!