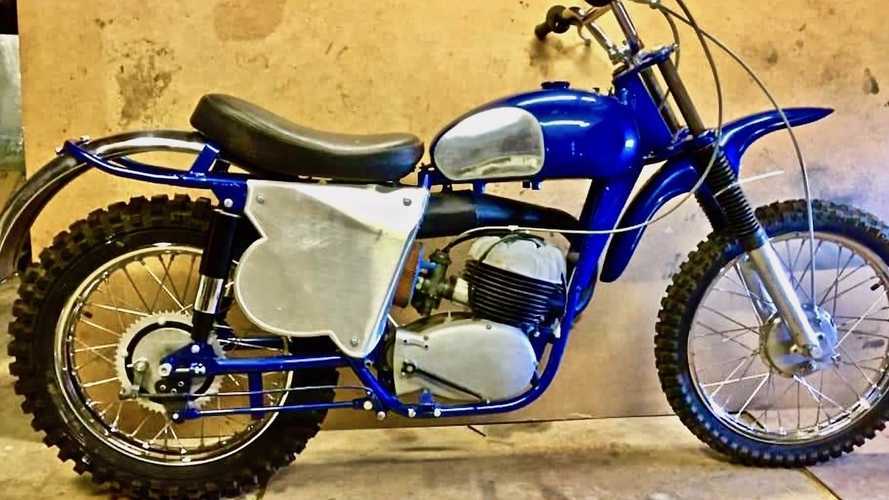 This bike had a very unique two-stroke system

The Ricksson 360 was a motorcycle from the 1960s designed to compete in motocross racing. The Ricksson motocross racer came in two flavors: a 250cc and a 360cc engine. Derived from a Husqvarna Silverpilen engine, the Ricksson motor was a beefed up version of this. Built by motocross racer Stig Rickardsson, the brand's name is a shortened version of his surname. Having dominated the motocross scene in the 50s and 60s, Stig Rickardsson had made quite a name for himself in the 250 European Championship. In fact, he was a strong contender in the FIM's championship series all the way from 1957 to 1962.

In 1958, Stig finished 7th overall, while he finished 5th in 1959, and 4th in 1960. Although never taking home the gold, Stig undoubtedly knew a thing or two about riding a bike fast off-road, and how to make a pretty decent racing machine. As such, in 1962, he retired from racing to focus on his motorcycle brand and continue developing and building two-stroke and four-stroke engines, as well as motocross bikes, speedway bikes, and other motorcycle components.

This Guy Is Riding His Yamaha R1 To The North Pole
⠀

What set the Ricksson 360 apart was the unique water cooling system he crafted for his two stroke engines. By placing a one liter tank under the seat, a siphon system that ran through engine pressure pumped a 5% solution of methanol and 95% water into the carburetor. This solution was then mixed with the fuel, thereby cooling the piston, allowing for higher compression. Another thing to note was how cleanly he did this, with none of the parts visible, as they were neatly tucked away in the airbox, and the hoses were concealed behind the carburetor.

Rickssons 360cc engines had an actual displacement of 352cc. This was actually the minimum displacement in order to be allowed to participate in the 500 World Championships. The first 360 engine was produced in 1962, and found itself in 12 race bikes. The 250 engine, on the other hand, was found in only 5 race bikes. Throughout the lifespan of Ricksson bikes, a total of just 25 bikes were produced. As it would appear, Stig Rickardsson found his niche more evidently in ice racing speedway bikes, where he built a total of 120 machines.