No, This Isn’t A BMW GS, It’s A Macbor Montana XR5 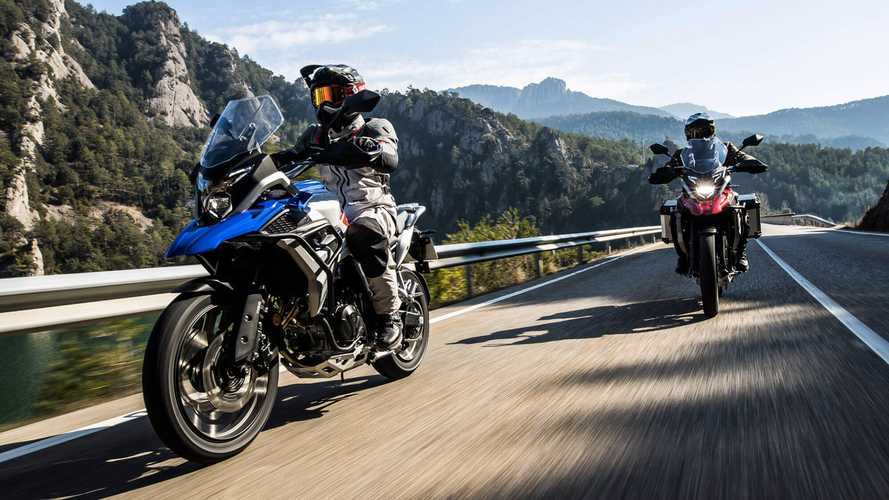 BMW’s GS lineup has one of the most recognizable silhouettes on the adventure motorcycle scene. While the tall stance, intricate semi-fairing, crash bar, and beak are pretty standard features in the segment, the German manufacturer somehow managed to make its version of the design stand out.
We wouldn’t blame anyone, then, for mistaking the Macbor Montana XR5 for a Beemer. The Spanish brand’s latest creation looks oddly familiar. Almost too familiar.

Copy Is A Form Of Flattery:

Copy All The Things: 7 Chinese Knockoff Bikes That Don’t Fool Us

Though you’ve likely never heard of Macbor before, chances are its selection of Chinese-built standard, classic, and trail motorcycles will give you a feeling déjà vu. It looks like the company is, shall we say, "inspired" by popular motorcycle designs and has no qualm "borrowing" a few (many) styling cues. For instance, the “Johnny Be Good” (your earworm for today) looks like an old Norton Commando while the "Fun” looks like the Honda Grom’s Chinese cousin—armed with a silly-looking triple-tip exhaust.

The company’s latest addition to its lineup is the Montana XR5, a 471cc adventure bike that channels its inner Beemer. Aside from the shuriken-shaped headlight, the new model is an obvious, let’s say, “tribute” to the famous German adventure family.

The red and silver colorway reminds us of the livery used on the G 310 GS and the new F 900s while the blue and white one is clearly inspired by BMW Motorrad’s classic blue, red, and white color scheme. Even the way the colors are used is suspiciously similar. Dimension-wise, the XR5 is close in size and in weight to the F 750 GS at 392 pounds (dry) and a total length of 84.64 inches (the BMW tips the scales at 393 pounds (wet) and measures a total of 88.8 inches). Perhaps the one real advantage the Macbor has over its German counterparts is its massive 5.5-gallon fuel tank which is even bigger than the 1250’s tank.

If you like the idea of owning a Chinese-made BMW, you’ll have to make a little trip to Spain to get your hands on one—the brand doesn’t sell outside of the country except for a few scarce addresses across the Strait of Gibraltar, in Morocco. Copying popular motorcycles designs—that’s one cheeky strategy to get your bikes noticed.