Punch Electric Motorcycle Is A Striking Design From Belarus 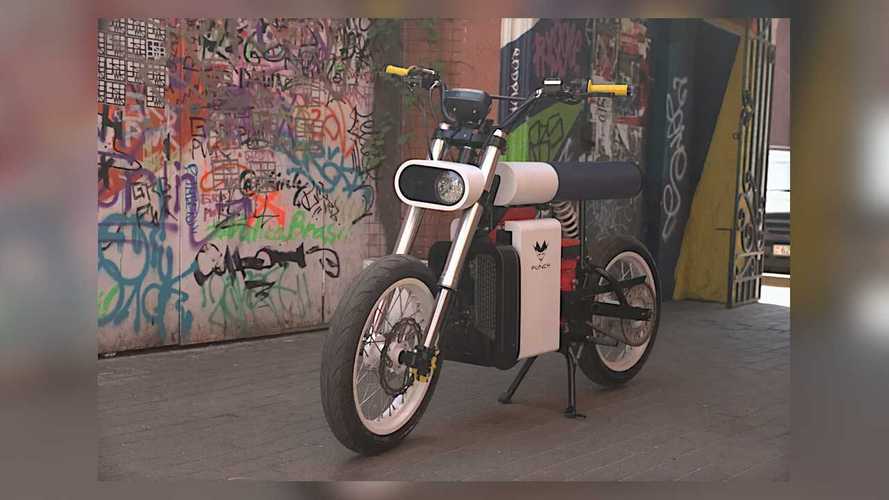 Design language that packs a slap, at the very least.

Are you familiar with Minsk? Not the city, the motorcycle company. It’s another old-school, practically unkillable Soviet motorcycle maker started in 1945, that hails from the Belarusian capital after which it was named. It still makes both motorcycles and bicycles to this day, with bicycles mainly staying in Russia and motorcycles being exported elsewhere. Its motorbikes have apparently been making a huge comeback in Vietnam for years because while they might be simple and slightly unreliable, they’re also tough AF, easy to work on, and easy to customize. Crucially, they’re crazy cheap on the secondhand market. If you’re riding rough terrain, and especially if you’re carrying things, they’re exactly what you want.

Having this little bit of historical context is helpful for understanding Punch, an electric motorcycle maker also based in Minsk. You see, the company built this extremely unique looking electric supermoto while feeling the weight of that history on their shoulders. It also took an early 20th century Russian abstract art movement called Suprematism as a major design influence. That school of thought stressed the use of black and white, as well as possibly a few primary colors along with extremely simple shapes.

How do you channel abstract art concepts once painted onto canvas into a three-dimensional, ridable motorbike? The Punch’s use of simple shapes and colors that look unlike anything else seems to have fulfilled this design brief. According to the company, it makes a maximum of 20kW of power in overboost mode, with regular power of 15kW, which can be limited to 11kW for the A1-license version.

Total battery capacity is 5kWh, shared across the two battery packs that mount on either side, which feature quick-releases so you can bring them in to charge off the bike. Claimed top speed is 120 kmh, or 74 mph, which seems reasonable if it’s close to the truth.

It’s a bike that’s meant to go anywhere and do anything, a sort of mountain goat of electric motorcycles. City commuting is clearly within its sights, but it also has more utilitarian intentions as well. The Punch isn’t ready to hit the streets yet, but if all goes according to plan, should be available some time in 2022. It’s unclear as yet exactly how far Punch’s reach will extend around the globe, but it’s one more unique design and purpose in the current sea of electric motorbikes that are under development. We’re all for standouts, for sure.