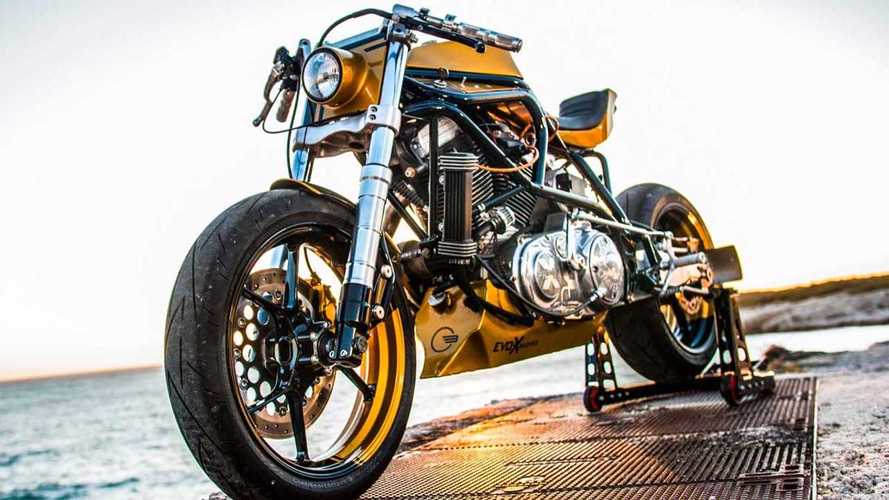 Unleashing the potential of a bike that could have amounted to so much more.

When thinking of beastly motorcycles perfect as a blank canvas for a custom cafe racer build, Buell motorcycles don’t usually come into mind. A custom cafe racer more often than not involves a European base bike, or a UJM from one of the big four Japanese manufacturers. In today’s world, Buell has all but lost its luster, with its models being picked up for cheap and poorly transformed into stunt bikes, trashy machines, or beginner bikes dropped more times than you can count.

One custom shop based in France, however, has chosen a Buell M2 Cyclone as a base bike for quite a stunning build. Florian Taverne and Christophe Kling run Taverne Motorcycles. Addicted to anything and everything related to motorcycles, the two have been at it for the past five years. Although relatively new to the game, the two pride themselves with creations that push the envelope in terms of design and performance. This is precisely what they’ve done with their latest creation.

Dubbed ‘The Project X’, the custom cafe racer started life as a Buell M2 Cyclone. However, at first glance, the Buell’s stubby appearance and boxy bodywork are all but gone. Replaced, instead, with aggressive, chiseled lines that scream modern cafe racer, a ton of meticulous work has gone into Project X. For starters, the Buell’s front end was ditched in favor of a Triumph 955i mounted using a modified yoke. The rear suspension was remodeled, this time using a swingarm of a fellow Buell, the X1’s unit. This added 8 cm to the bike’s wheelbase, giving it a longer, lower slung appearance. Additionally, the wheels were replaced to those from an Aprilia RSV4 wrapped in ContiSport Attack 2 tires. The brakes were also completely replaced with Berringer parts ranging from the rotors, callipers, levers, and reservoirs. All these mods transformed the chassis into a rather capable unit, allowing the 1200cc Harley-Davidson Sportster engine to really shine.

With all the technical performance bits sorted out, Florian and Christophe shifted their attention towards the aesthetics of the bike. Opting for a full aluminum bodywork, the team set out to craft a monocoque tank and tail uit which sits atop the modified M2 frame. A sporty belly pan doubling as an oil tank for the dry-sump motor was also crafted and fitted beneath the frame. Such a sleek setup atop would mean that the bike’s electronics would have to be concealed rather neatly. As such, the battery as well as a lot of the bike’s other wiring systems lie inside a faux oil tank that sits between the rear cylinder and shock. Of course, a custom bezel for the round headlamp as well as a handcrafted front fender were shaped and rolled from sheet metal.

As far as instrumentation is concerned, Taverne opted for a Motogadget gauge, as well as some other switches on the left hand side of the bike. A set of USV Racing machined clip-on handlebars and rearsets were finally added to give the bike a sporty riding ergonomic. Finally, the bike was finished in a metallic gold and black color combo with a tattoo artist from Sparrow Kustom pitching in some design work for the engine cases.

Overall, Project X turned out to be quite a success. Resurrecting an all but forgotten platform into something that both looks and runs amazing, it just goes to show what can be done to any kind of motorcycle to make it truly unique and employ a character all its own.