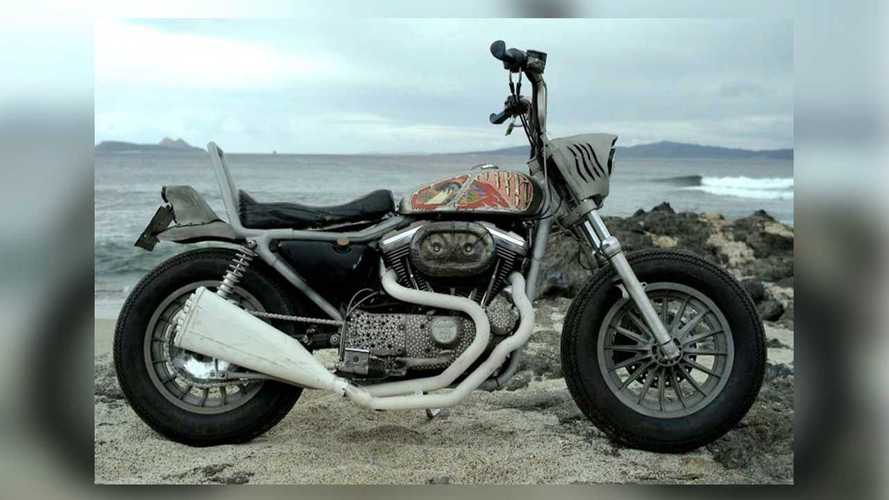 If you own a Harley-Davidson, chances are it isn’t bone-stock. Conversations among Harlistas usually veer into questions like “what’d you do to it?” and “what are you doing next?” Whether your slapping on a turbo, overhauling the entire build, or just replacing the enormous blinkers, Hog culture hinges on personalization.

Sometimes an assortment of carefully procured aftermarket parts can improve the original product. At other times, a slew of cobble together components can have the opposite effect. While Spanish custom shop El Solitario MC set out to improve a Sportster 1200 with a shark-themed build, we’re not entirely sure that MoCo’s baby cruiser needed this kind of makeover.

All Aboard: This Steam-Powered Bike Is A Real "Loco" Motive
⠀

Named Marrajo (Spanish for shortfin mako), the build team wanted to model this 1998 Sportster after one of the fastest fish in the sea. While the mako’s speed and sleek, streamlined body rarely calls the Sportster to mind, it didn’t stop El Solitario from imbuing the model with shark-inspired design cues. From the gray-painted wheels and frame to the bespeckled transmission and crankcase covers, the build team didn’t squander a chance to jump the shark.

Among the numerous thematic touches, the headlight shroud immediately draws the eye with its faux gills and handmade quality. Though stacked headlights are more commonly found on choppers, the extra height makes the headlight housing resemble a shark’s gaping jaws. A whale shark may be more indicative of the Sportster’s speed and Marrajo’s headlight shroud calls that species to mind more than its speedy cousin.

Like most Harley-Davidsons, the tank steals the show with its gruesome yet cartoonish detail. Underneath the painted skin, cartilage, bone, and blood, imagery of mechanical pieces and wheels underlie the symbiosis of animal and machine (right?). El Solitario also decided to scar up the air intake cover, leave the rear fender and handlebars in raw form, and slap on a poorly-finished pipe. While the brighter pipe may indicate a mako’s white underbelly, the disjointed aesthetic doesn’t do the shark’s form much justice.

For all my fellow Harlistas out there, customize to your heart’s content, but maybe we can all take a lesson from this fishy experiment.