This 1959 Indian Apache Is British At Heart 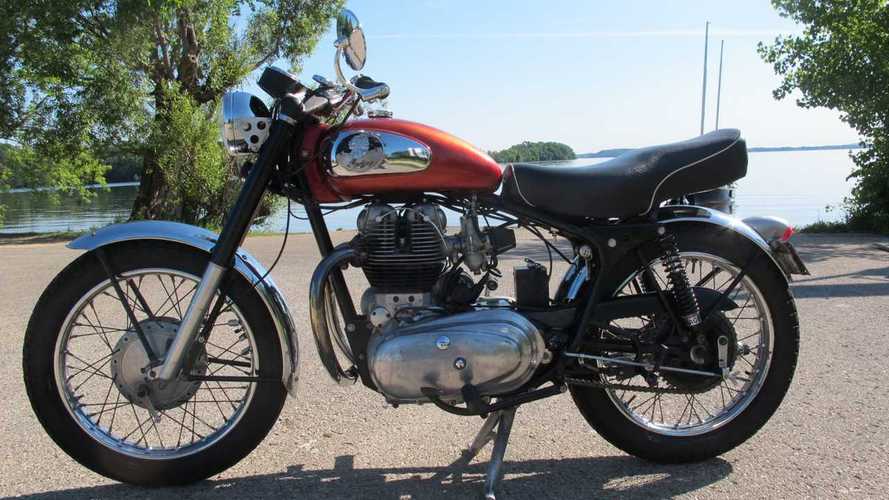 American branding, but made by Royal Enfield.

Everyone knows the archetypical American motorcycle pattern: a cruiser built around a big V-twin engine, cranked out in a factory somewhere in the Midwest. That’s the story Harley-Davidson and Indian are selling us, anyway—but it wasn’t always like that. This 1959 Indian Apache roadster, with its British engine, is proof of the U.S. motorcycle industry’s convoluted past.

These days, Indian’s advertisers often reference the company’s early history, going all the way back to its roots in Springfield, Massachusetts, in 1901. Those were the company’s glory days, but the marketeers aren’t so keen to remind you of the 1953-1999 period. For more than 45 years, Indian went through a succession of owners and jumbled-up business plans. The original factory closed down, so Indian’s owners imported bikes built overseas and slapped warbonnet badging on them.

Indian Steps Away From Cruisers:

That’s why this 1959 Indian Apache isn’t a V-twin cruiser—it's a roadster, that looks suspiciously like a post-war Brit bike. It’s actually a U.K.-made Royal Enfield, imported to the U.S. and gussied up with some customization for American buyers.

According to the ad, this Apache model is actually sporting an even later-production Royal Enfield motor. The Apache came with a 700cc parallel twin in 1959, but this machine has a newer 736cc engine from a 1965 Royal Enfield Interceptor, along with its four-speed gearbox. In stock trim, that engine made about 52 horsepower and, thanks to a factory-balanced crankshaft, it had minimal vibration as well.

At least, that’s the way it came from the factory. The seller says engine was rebuilt, with new crankshaft and transmission seals, rod bearings, valves, valve guides, piston rings, and gaskets. There’s also a compression-reducing base shim, larger oil pump pistons, upgraded oil lines, an electronic ignition, and a Barnett aluminum clutch plate. This Apache also has pod-style air filters and dual Amal Premier 30mm carburetors. Add that all up, and this engine (installed in the bike in 2012) probably doesn’t run like it did when it came from the factory 50 years ago.

The Apache’s odometer reads just under 19,000 miles. The seller has owned this bike for about 30 years, and put about 1,200 miles on it in that time. Bring a Trailer has video of the bike starting up, so it’s a runner, at least, with recent servicing. For now, bidding is fairly low, too. Maybe this is your chance to own some weird motorcycle history?