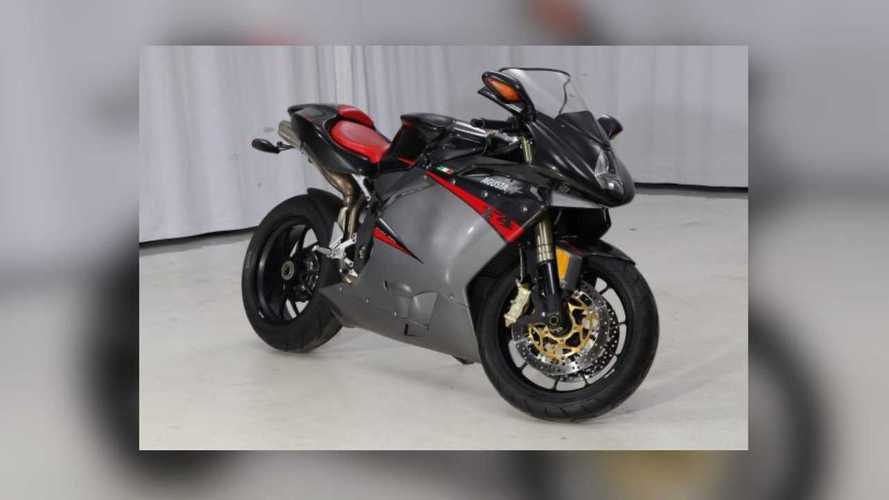 The distinctive howl of a supersport’s in-line four engine most probably conjures up images of Japanese sportbikes tearing up the race track, or squidding it out on the streets. It has become such a staple in the motorcycle world, that normies call any bike with an in-line four exhaust sound a Ninja—deriving its origins from Kawasaki’s most popular motorcycle, of course. Well, following the normies’ train of thought, there are quite a few “Ninjas” that aren’t from Japan. Most notable are the BMW S 1000 RR, and the bike featured here today, the MV Agusta F4.

It could be argued that the MV Agusta F4 was built in response to the Japanese supersports of the time, however despite having a similar formula, the MV Agusta had quite a few things going for it that set it apart from its eastern competitors. Powered by a 998cc in-line four, the 2007 model of the F4 featured here produced 174 horsepower and 83 lb-ft of torque. A Magneti Marelli 5SM fuel injection system was equipped for optimum performance all the way up to the bike’s screaming 17,000 rpm redline. All this made for an exotic performance machine that could hold its own against any superbike during its time.

This particular example features a plethora of high end options. Finished in black and gray with red graphics, the bike’s componentry more than does justice to its aggressive aesthetics. A set of Brembo forged aluminum wheels and brake calipers keep unsprung weight in check. A Marzocchi front fork with carbon-nitride coating adorns the front end, with an Öhlins steering damper mounted atop to help the rider tame the aggressive geometry.

This 2007 MV Agusta F4 1000R was acquired by the selling dealer in May, 2020. A full service on the bike was conducted in 2019 which consisted of replacing the battery, resealing the left engine cover, as well as an oil change. With 7,000 miles on the odometer and comes with a clean Pennsylvania title. It’s currently posted at no reserve, with the highest bid standing at $8,888 as of this writing. To see the complete details, and to post a bid for this gorgeous sportbike, visit the original listing here.