Go Back In Time With This Swingin' 1967 Yamaha TL1 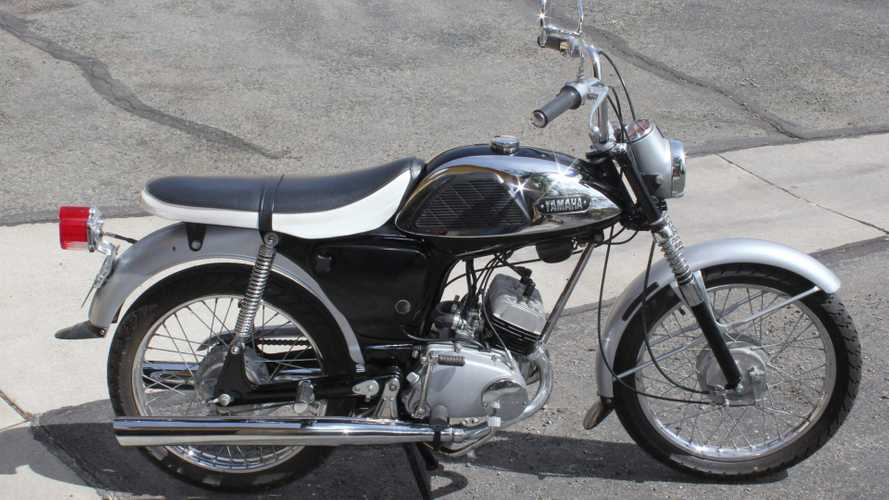 Two wheels from the Summer of Love.

If you want to time-travel back to the 1960s, you’re out of luck. You can have the next-best thing, though: A painstakingly restored 1967 Yamaha YL1 Twin Jet. Now you can have a riding experience straight from the Summer of Love. All you have to do is win this auction at Bring a Trailer.

This YL1 is powered by a 100cc, two-stroke, air-cooled parallel twin that makes just under 10 horsepower. It has a four-speed transmission, a chain final drive, and Yamaha’s handy Autolube premix system. This was one of Yamaha’s breakthrough machines in the 1960s, building the brand’s reputation in overseas markets in Europe and North America. By today’s standards, the YL1 sounds a bit weak, but in its era, it was faster than its Honda S90 competition.

As a result, it’s not easy to find survivors in good shape, as these machines were flogged viciously on the roads and many parts have been out of production for decades. This particular bike is in good shape, though, because it’s gone through an extensive reconstruction. According to the ad, the seller refinished the frame and tank, rebuilt the engine, overhauled the gearbox, refreshed the forks and the seat, restored lots of chrome, and added new tires, a battery, and a drive chain. The seller’s son, a professional motorcycle technician, helped with the work.

It’s not a 100 percent perfect restoration (the seller notes minor imperfections), but it’s pretty close. There’s video of the bike starting up and running, as well as some blemishes, so you know what you’re buying.

The listing says this machine comes with a period-correct Nevada license plate, along with some spare parts, shop and parts manuals, and a Nevada title in the seller’s name. The title matches the engine’s VIN, not the frame. It hasn’t been on the street since its rebuild; as per the ad, “The seller notes that the bike has not been registered or insured, and it is titled as the year it was sold with engine number L146956 rather than its frame number.”

Rules on registering and insuring antique bikes like this are different from state to state, but if you want this motorcycle bad enough, you can figure it out. The other option? Just buy it, and keep it off the streets, as a pure collector’s item.