Racer Dies At 88, But No One At The End Knew His IOMTT Past 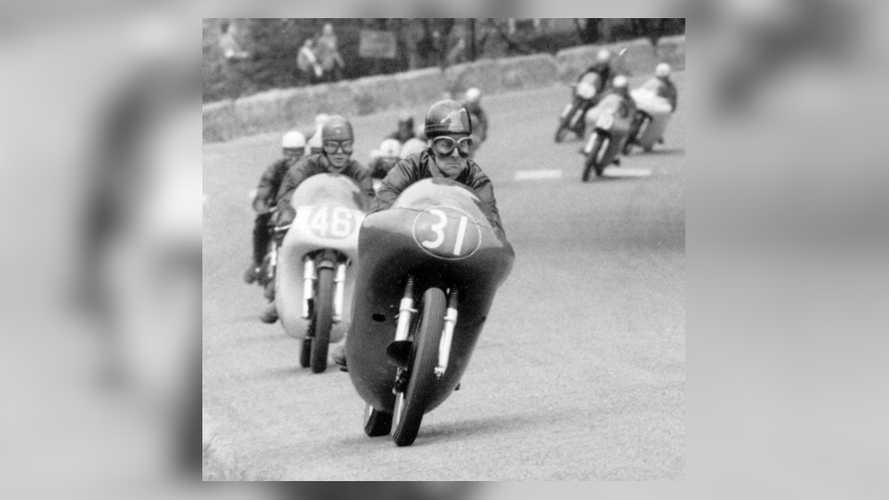 Do you spend much time thinking about what happens when you die? Plenty of people don’t, no matter what kind of circumstances life may throw at them. We all think we have plenty of time to make our wishes clear, but unfortunately, it doesn’t always work out that way. Take 88-year-old Tony Godfrey, for example.

Godfrey died in Bournemouth, Dorset, England in December of 2019. He was in a care home at the time, and had no known relatives. He also left no will behind. So, the local council contracted Finders International, a firm that specializes in probate genealogy, and also stars in a BBC program called Heir Hunters. Since we’re writing about this here at Ride Apart, you probably have some idea of where this story is going.

88 years is a good, long lifetime, so it probably shouldn’t come as a huge surprise that Godfrey did some things in his younger years. Between 1956 and 1972, he competed in the Isle of Man TT multiple times, on multiple makes of bikes. His highest-place recorded finish was in the 1959 Junior MGP race, where he finished fifth aboard an AJS. Godfrey raced Velocettes, a Bultaco, a Triumph, a Yamaha, a Kawasaki, and a Metisse, but he mostly raced (and retired) Nortons. Amazingly, he was invited to compete in the US motorcycle Grand Prix of 1961 at Daytona Speedway, where he finally won, riding a Manx Norton.

That’s all information that Finders International dug up, along with producing an heir at last: a cousin, Elisabeth, who currently lives in Bath. As a result, she inherited Godfrey’s £30,000 estate and two cars.

“I got the letter from Finders International just before lockdown and I was gobsmacked,” she told the Bournemouth Echo. “I asked my son to look into it for me and he was happy to confirm that it wasn’t a hoax.”.

“I never knew or met Tony. I had done some family research into my grandmother’s family but I didn’t find out very much about Tony’s father. It’s very sad to think Tony died and we never knew each other. I am really not sure what I’ll do with the inheritance but I’ll most probably share it with my family.”

Godfrey set one other racing first during his career: he was the first-ever racer to be airlifted from the IOMTT to a hospital after a bad crash in 1963 during a 250cc race. He spent 10 days unconscious at Ramsey Cottage Hospital. Over the years, he kept in touch with the matron who’d cared for him during that time, and even had a reunion with her in 2007.