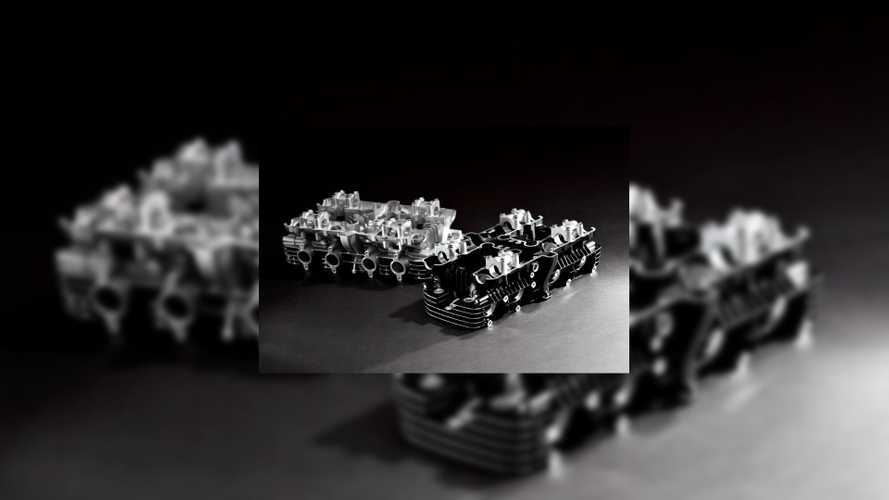 New parts for your old bike.

Kawasaki is bringing the legendary Z1 900 back into production—sort of. While the big air-cooled four-cylinder street bike dropped from the lineup in the 1970s in favor of new bikes like the KZ900 and the KZ1000, Kawasaki just announced that it’s building new cylinder heads for all these classic motorcycles.

The plan is to reproduce the cylinder heads for the Z1, KZ900 and KZ1000 using current production methods, and to make the parts to the original design plans and specs. That should mean there’s no worries about parts being built on worn-out tooling, making them incompatible with surviving Z-series engines. Kawasaki Heavy Industries will manufacture the cylinder heads in Japan, and they’ll be available in either silver or black.

The Original Liter Bike, And Its Little Brother:

Kawasaki says these new-production cylinder heads are not intended to be an exact copy of the original parts. Shape and surface quality will be different, as the originals were based on the production standards of the 1970s. The cylinder head assembly includes "camshaft brackets, tappers, valves and peripheral parts,” (surely they mean tappets?), but does not include the camshafts, cylinder head cover, gaskets, and other bits. Presumably, those parts are still available through Kawasaki’s parts distribution system, or through the aftermarket.

The reproduction cylinder heads are designed to attach the exhaust headers via M8 stud bolts. The new heads will not fit KZ1000 MKII engines; Kawasaki says those “square head” motors have cylinder head cover that is slightly thicker. If you’re unsure if the new-manufacture parts will fit your motorcycle, Kawasaki is supposed to have a compatibility chart on its website, although it seems unavailable at this time. If you can’t find the information there, it’s best to check with your dealer, because that’s where you’ll be ordering the parts anyway.

Kawasaki says the Z-series cylinder heads will be available for pre-order through its dealers, with orders due before June 30, 2020. Kawi says orders placed by this date are expected to arrive by fall, 2020. The press release also states “Product details, price and availability are subject to change without prior notice or liability.” We haven’t seen a price announced for these parts yet, and it sounds like it might change anyway. But, hey, who cares? This is your big chance, if you want to get your old Z1 on the road, or if you just want to have a cool set of new-production parts as a collector piece (you know this is going to happen).