Check Out The Custom Motorcycles At Harley's "The No Show" 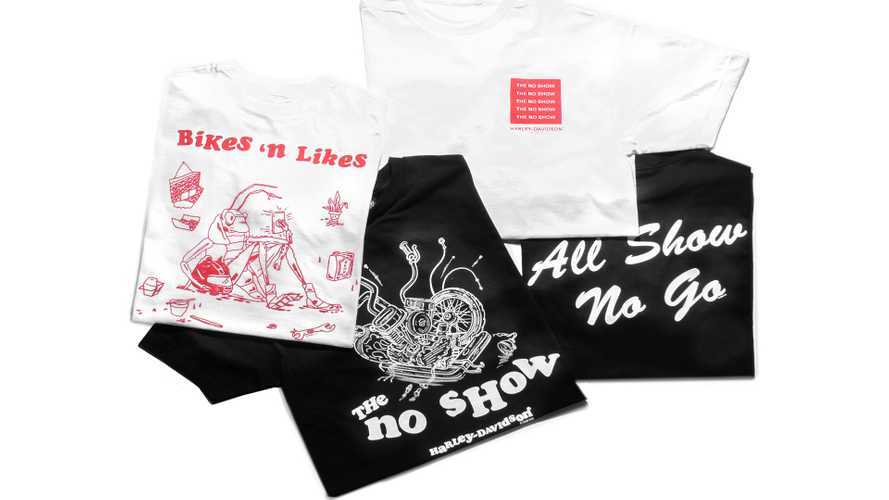 If you're missing your favorite motorcycle show this season because of COVID-19, Harley-Davidson's got your back. H-D is running a new, online-only moto event showcasing builders and bands. It’s called The No Show, and it’s playing on Instagram until June 21, 2020.

It might be an online-only event, but this is going to be a comprehensive show that takes advantage of the capabilities of social media to show bikes from all over the world. Harley-Davidson is featuring more than 60 builders in The No Show, from 10 countries. Each builder has a personal video of them walking through the details of their custom motorcycle.

Harleys, With A Twist:

There’s a wide range of styles lined up, including board trackers, café racers, old-school choppers, and more. Harley is uploading footage of the bikes to its Instagram page in batches over five days, until they’re all available there for viewing. The organizers are also uploading show content to Harley-Davidson's Facebook and Twitter accounts.

With the usual custom motorcycle events and festivals canceled or postponed, The No Show is giving builders a chance to still show off their bikes, and maybe reach more viewers than ever. You can even give back to the builders by stopping at Harley-Davidson's virtual swag booth. All of The No Show’s T-shirt sale proceeds are going to the featured builders.

Along with the bikes, The No Show has music from The White Buffalo, Hollis Brown, and the Kenneth Brian Band. What it doesn’t have is terrible show food and lines for the porta-potties. We don’t think we hear any complaining about that, either.

The show closes on Sunday, June 21, with an awards presentation. The MoCo announced three awards, starting with a Media Choice Award, chosen and presented by motojournalists. There’s also an H-D Styling & Design Award, presented and chosen by Harley’s VP of Styling and Design Brad Richards. The Harley-Davidson Museum staff is getting involved too, choosing the aptly-named Harley-Davidson Museum Award. Museum VP Bill Davidson, who happens to be the great-grandson of Harley’s co-founder William A. Davidson, is presenting this one.

The No Show won’t be the same as a traditional custom show, but with the pandemic shutdown still in place in many areas, this is what we have for now. Going ahead, it’s an interesting view of where social media and the Internet can take the moto industry, too—and for once, Harley-Davidson is at the forefront.