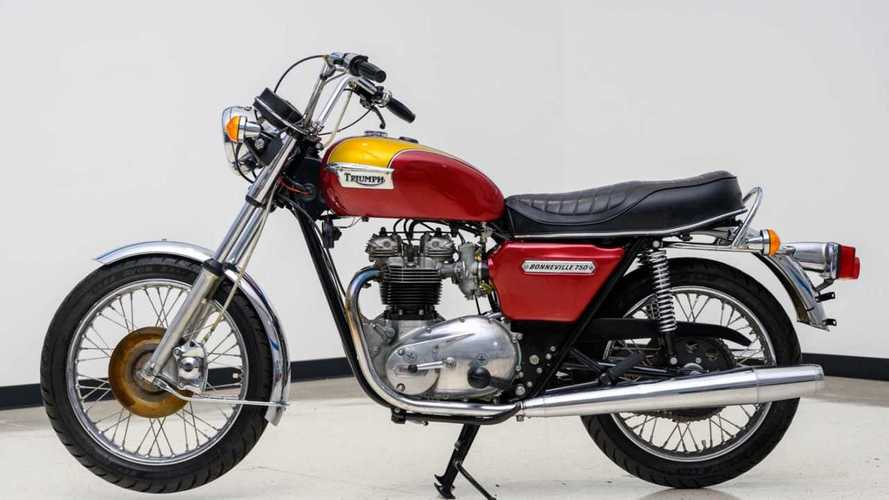 A British classic that greatly influenced motorcycles of today.

Remember when you were a kid, and your next door neighbor’s dad would ramble on and on about how he rides his motorcycle everyday? And now, 20 years hence, you still see him riding that bike now and again? Yeah, it looked like some old classic bike from the 70s. Kinda like the bikes you’d see in documentaries about the history of motorcycling. In fact, you still see bikes that look just like that rolling off showroom floors to this day. That bike is none other than the Triumph Bonneville—a bike greatly responsible for what motorcycles are today. In fact, its namesake is so popular, that Triumph continues producing the model with a ton of variants and iterations spanning several decades.

Alas, here’s your chance to own a fine example of such a popular machine. This 1978 Triumph T140 Bonneville has been listed on Bring a Trailer at no reserve. The current bid stands at $2,300, and I’d definitely be up to bid for it if only I lived stateside. Nonetheless, the bike stands a chance to be quite the project for a classic bike enthusiast, or a fine addition to a collector’s stable. Powered by a 744cc parallel twin engine, mated to a five-speed manual transmission, the Bonneville was known, and continues to be known as a true workhorse. A reliable machine capable of taking you miles on end in relative comfort.

This particular bike is finished in red with gold fuel tank scallops. Its fenders are also finished in chrome, and it sports mostly original componentry. The bike is equipped with a set of disc brakes front and rear, a center and side stand, standard two-up seats, as well as Smiths gauges.

As far as maintenance is concerned, the bike recently received a full engine and transmission overhaul before being put up for sale. The rebuild consisted of a plethora of parts such as new pistons, valves, rings, bearings, gaskets, and various drivetrain parts as well. The odometer displays a total mileage of around 3,000 miles indicating that this bike has been quite a garage queen considering the fact that it’s 42 years old. It does, however, show signs of age with some rust and corrosion here and there.

The bike is offered at no reserve in North Carolina and sports a clean Maryland title. For more details and to place a bid on this bike, visit the original listing here.