Buy Your Own Motorcycle Boneyard For Less Than $10,000 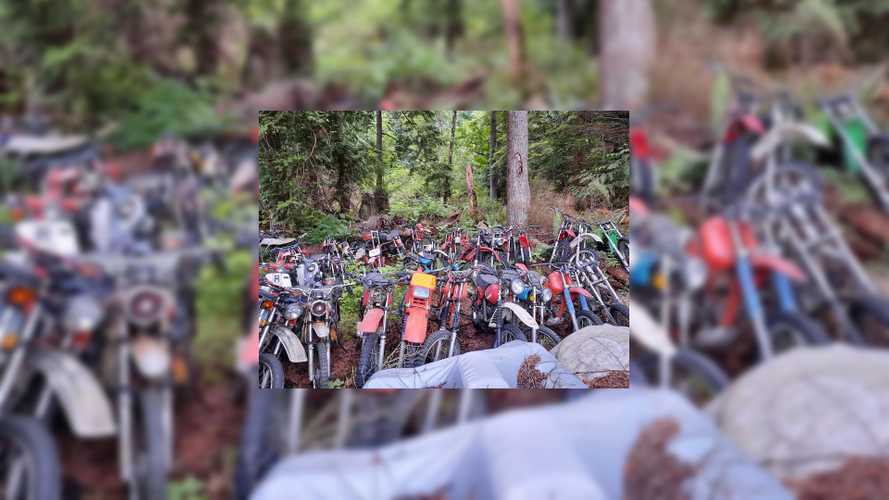 Looking to restore an older japanese motorcycle? If you’re looking for the last few parts to finish a build, there’s a good chance you’ll find them in this Facebook Marketplace listing out of British Columbia. There’s a catch, though: You’ll have to buy a whole field of junked motorcycles, and pick through it to get what you want.

The listing has terse wording: “Have a field of bikes for sale, start your own motorcycle business or whatever.” Errrrr, not really giving us the Billy Mays treatment there. If you take a look at the photos, it does seem there’s lots of interesting old machinery on display, even if the advertisement isn’t filled with hype.

The photos show dozens of Japanese motorcycles in various states of disrepair, all rusting away in a field, waiting to be taken to their forever home or stripped down for parts. There’s a little bit of everything here, but the most exciting machines are probably the old Suzuki Katana carcasses. At least, they would have been exciting in their day; they’re looking a little scabby now, after years of sitting out in the rain. They appear to be missing quite a few pieces, too.

That’s the story with everything else here. There are old two-stroke and four-stroke enduros, vintage Japanese scooters (plenty of Honda C90s, by the look of it), at least one fully-dressed tourer, and two Suzuki GT550 two-stroke road bikes. There’s a Honda ATC, a first-generation VT750, and a late-production Yamaha XS650—and it’s all sitting out in the weather, looking rough around the edges, and partially disassembled.

It’s a bit sad to see these bikes falling apart, but it’s also exciting to see the potential. The ad says the whole collection of bikes is selling for $12,500 CAD, less than $10K in USD at June 2020's exchange rates. Do a little bargaining, and maybe you could drop that price even further, then earn yourself some eBay cash stripping these machines down for parts.