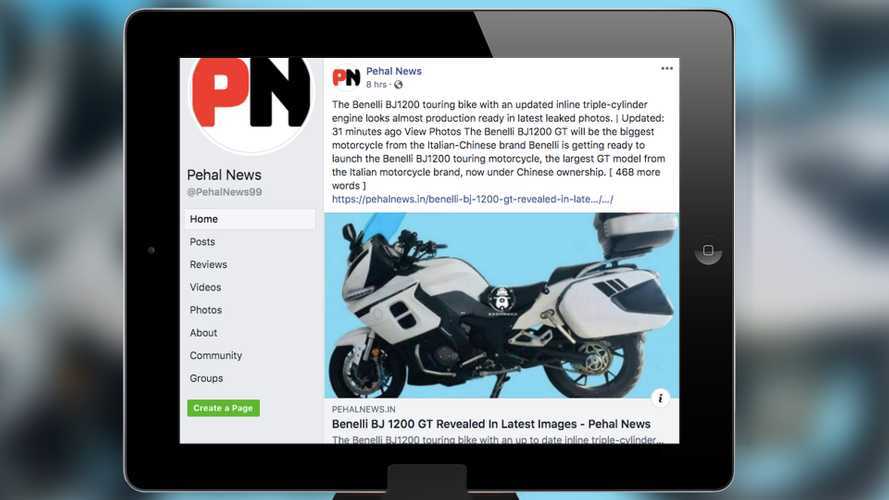 After years of refining prototypes, Benelli appears to be nearly finished developing its big-bore sport touring machine. Scigacz, Car and Bike, Pehal News and other outlets say the new Benelli BJ 1200 GT will debut soon, and new spy shots of the machine floating around the Internet.

Like the rest of Benelli’s lineup, the new GT will be built in China by the marque's owner, Qianjiang Group. Benelli was one of the first motorcycle manufacturers to produce a significant amount of its lineup in China, starting in 2005. As a result, it hasn’t spent as much time developing high-performance machines in the past 15 years, choosing to focus more on building lower-cost machines aimed at the beginner and budget markets.

Benelli Is Rebuilding Its Lineup:

It seems Benelli’s trying to change that, if the spy images of the new 1200 sport tourer are accurate. Gossip says this machine will be aimed at police users in the Chinese market, and should provide a lower-priced alternative for big-dollar touring machines in other countries.

Poaching sales away from Honda’s Gold Wing and BMW’s RT series will be a tough task, though. From the earliest reports, it sounds as if Benelli’s 1200 GT will be a mix of some forward-thinking features, but with some drawbacks.

The 1209cc engine is a refined version of the old liquid-cooled three-cylinder powerplant from the TNT 1130 naked bike, but significantly updated. It’s supposed to make 134 horsepower.

Spy pics on Pehal News show a set of analogue gauges (tach and speedo), but also a TFT display for other information. There’s talk of an adaptive cruise control system, something that’s still hasn’t come to market for the Japanese or Euro OEMs. Is it likely to make it to the made-in-China Benelli? You be the judge.

The 1200 GT will have chain final drive, something touring enthusiasts won’t like. Nobody wants to be faffing about, adjusting their chain every night during a long-distance motorcycle trip. It’s also reportedly 745 pounds.

No doubt that weight includes the luggage, a full tank of fuel, and everything else you’d need for the trip, but it’s still very heavy. Benelli managed to shave serious weight off its TNT 600i model in its latest update; it’s hard to imagine they can’t do the same for the sport tourer, if the company is serious about sales outside China.