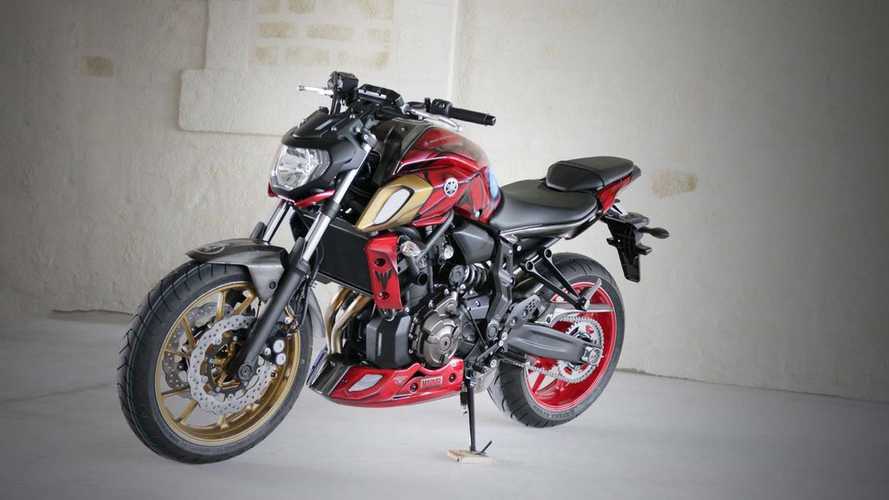 Are you Team Iron Man or Team Cap?

Superheroes are no strangers to motorcycles. Whether it’s Batman on a new set of wheels or Captain America riding the Harley-Davidson LiveWire in Age of Ultron and the Street 750 in Civil War, it’s evident that good guys prefer their knees in the breeze. HJC even released a line of comic-inspired helmets to cater to the intersectionality of motorcycle enthusiasts and superhero fandom.

However, the French custom shop AD Koncept took the relationship a step further by modifying a set of MT-07s after Iron Man and Captain America. As the clashing leaders of the Avengers, Tony Stark and Steve Rogers were the perfect inspiration for the dual Yamahas and the Charente-based design firm did the two heroes justice.

In partnership with dealer Yamaha De Doncker, AD Koncept dramatically changed the look of the MT-07 pair without drastically changing the model’s performance. Like Cap and Iron Man, the 689cc parallel-twin CP2 engine punches above its weight, so the team added a little grunt with the addition of an Arrow exhaust. The stock indicators were also replaced by LED units while a new plate hanger and belly pan separate the dynamic duo from the run of the mill MTs.

Aside from the modest bolt-on components, the MT-07s receive paint jobs worthy of the genius/billionaire/playboy/philanthropist and the Captain. AD Koncept brilliantly integrated details like Iron Man’s ARC reactor and Captain America’s shield to play into the iconography of the most successful film series in history. Though the paint schemes make each Yamaha distinct from one another, both receive the Stark Industries badging on the tank and offset gold and red rims.

While the two heroes contrast in personality and style, the two share the same goal, and AD Koncept captured that perfectly by basing both builds on the same model. With reports of the French shop collaborating with Marvel on future superhero-themed customs, perhaps the most intriguing question is: which model in Yamaha’s lineup will be the Hulk? The Niken? The FJR1300? The Star Venture? Regardless of what it is, we’re looking forward to more of the Avengers assembling in the future.