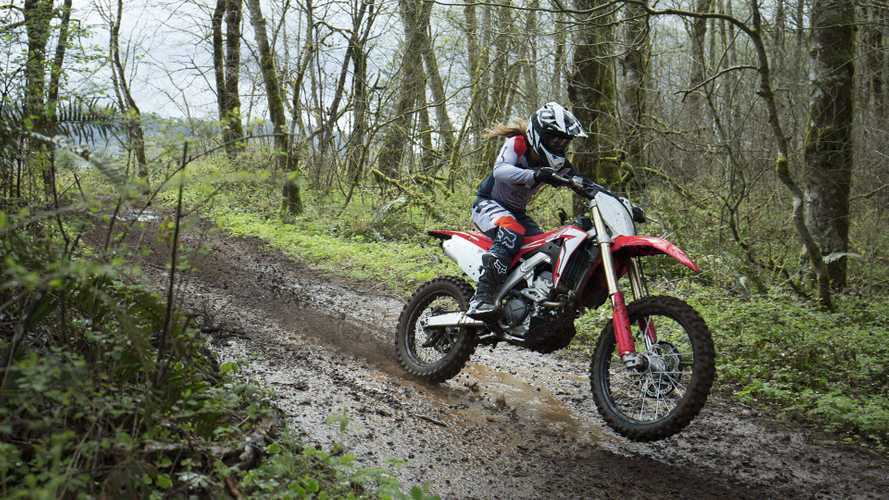 Go play in the dirt!

Just in time to welcome people out of lockdown and back on the trails, Honda gets summer-ready with its 2021 CRF dirt bike lineup. To kickstart the season, Team Red confirms the first seven models returning to its trail and motocross lineup for the new model year. There are, however, a few conspicuous absences.

For 2021, almost all of Honda’s 250s are back. The competition-specific CRF250R and CRF250RX are carried over from the previous model year unchanged after receiving a slew of upgrades last year. The same goes for their trail-ready sibling, the CRF250F.

The smaller CRF150R/150R Big Wheel and CRF125F/125F Big Wheel are also back and ready for action. As the smallest competition model, Honda has to offer, the CRF150 is the “powersports industry’s top-selling mini motocrosser” according to the manufacturer. Both the 150 and the 125 are offered in a Big Wheel variation for taller riders.

On the miniature end of the bike spectrum, this summer’s Honda off-road lineup is completed with the returning CRF110F and the Monkey, a bike that celebrates its 60th anniversary in 2021. We can likely expect a celebratory edition further down the line but for now, the little Monkey is offered in your choice of red or blue.

Here is the breakdown of Honda’s 2021 CRF lineup:

Interestingly, while the CRF450 line received significant updates for 2020, the half-liter dirt bikes are currently absent from the confirmed list of off-road products. Several motocross-oriented publications suggest that there could be further improvements made to the 450s for 2021 which would explain why they haven’t been announced yet. The CRF230F is also missing in action for the second year in a row—last model-year listed is 2019. Chances are Honda isn’t quite done filling up its off-road lineup and that we’ll see new models added along the way.