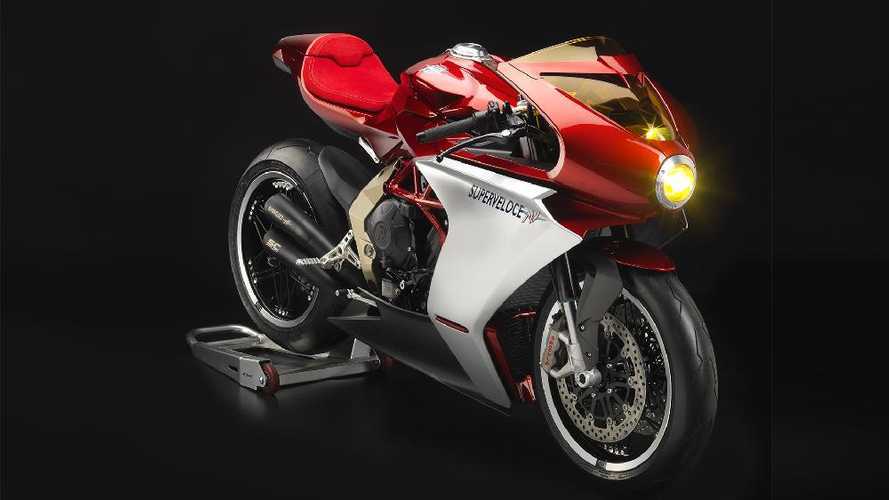 If you’re an iPhone user who also owns certain new MV Agusta bikes, you may be interested in MV’s newest app. It’s called MV Ride, and appears to only be aimed at a small subsection of MV customers at the moment. Let’s take a look.

As a company, MV Agusta prides itself on making motorcycle art, and most people would agree that it generally succeeds. With the MV Ride app, you get to personalize that art and make it your own. Call it a remix, or just call it granular personalization. Dial in settings to your exact specifications for your suspension, traction control, ABS, all from the comfort of your compatible iPhone.

According to the company, the MV Ride app also functions as an MV rider network, of sorts. Accessibility to saved maps and routes via your TFT dash, for example, is a launch feature. You won’t just be able to save your own maps and routes, though. You’ll also be able to share with other MV riders, and see what they’ve shared as well. Think of it like an MV-only rider’s club, only one you don’t even have to seek out on purpose.

Although MV says that this is just the first iteration of the MV Ride app, and that it plans to offer additional functionality in the future, there’s no information on what or when that might occur. There’s also no information about any future plans for an Android-compatible version of the app, although it seems like a significant oversight to ignore such a sizeable market segment. To round out a list of things there’s no word about, there’s also no information about plans to expand this app’s compatibility with any other bikes in MV’s existing lineup.